Home / Perspectives / What is Sociohistorical Neopaganism or Neopagan Marxism? Gods, Goddesses and Radicals 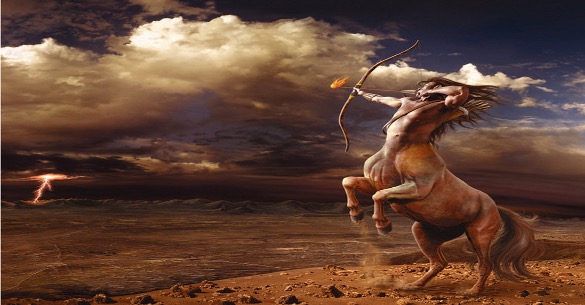 To understand what Neopagan Marxism is, we need to compare it to other sacred and secular systems in order to understand their similarities and differences. Most Marxists know next to nothing about Neopaganism, and they like it that way. However, the inverse is not necessarily true. The Neopagan movement in Yankeedom largely came out of the feminist sacred movement, which was also political. As we will see, some Neopagans are liberal, but many are radicals. Generally, thanks to Starhawk and Z Budapest, many witches integrate their magical rituals with political activity. As for Marxism, there might be a smattering of Marxists who were pagans. But for the most part, they were isolated and didn’t constitute any identifiable subgroup within Neopaganism. Then, at the turn of the century, feminist Marxist Silvia Federici wrote Caliban and the Witch that brought a Marxist understanding to the witch hunts. More recently, about seven years ago, a practicing Marxist Neopagan named Rhyd Wildermuth began a small publishing house called Gods and Radicals. One of his books was All That is Sacred is Profane: A Pagan Guide to Marxism. In this work, Wildermuth tried to make a Marxian understanding of capitalism understandable to pagans. However, he did not try to make Neopaganism attractive to Marxists. That’s what this article is about.

Table A (Secular and Sacred Belief Systems) shows a full range of six theoretical orientations. The most right-wing of all belief systems are Christian fundamentalists. There are of course, Jewish and Muslim fundamentalists, but I will go with Christian fundamentalists since I know them best. At the other extreme are what I call ‘evangelical atheists.’ These can be either liberal atheist humanists (like Dawkins, Dennett, Hutchens, and Harris) or typical hardline Marxists. In the middle of the spectrum are three other kinds of Neopagans: Atheopagans, soft polytheists, and hard polytheists. I’ve developed my own neopagan category which I call ‘socio-historical’ paganism, or Neopagan Marxism. My narrative will cover only some of the comparative categories; the table at the end covers the full range of similarities and differences.

How Christian Monotheists Are Different from Scientists, Marxists and Various Types of Pagans

As different as they are, all or most Christian fundamentalists:

How Fundamentalist Monotheists Are Similar to and Different from Hard Polytheists

Next to the monotheist fundamentalists, there are what have been called ‘hard’ polytheists, who believe in the literal independent existence of many gods. There are many differences between monotheists and hard polytheists as the table shows, but they both agree that a) spiritual sources are real, b) minds can exist independent of brains, and c) they both deemphasize the neocortex side of the brain. They mostly just argue over whether the gods are singular or plural.

It might surprise you to find that, on the extreme left of the spectrum, we have atheists, that I am calling ‘evangelical’. The reasons for this nomenclature are the following: a) they generally ignore that there could be a psychology to belief, that mediates what is true or not; b) neither can tolerate that the secular and sacred are both necessary to human life. Each asks us to choose one or the other; c) though they both proselytize, evangelical atheists do so to a narrow audience (educated lay people); d) both are literalists with scientists sometimes being physical reductionists and Christian monotheists taking God as literal rather than metaphorical.

These eight differences are crucial for understanding the differences between hardline Marxism and the Neopagan sociohistorical Marxism, which I am introducing in this article.

Moving this time from evangelical atheists on the left to Atheopagans (just to the right on the spectrum) there are many important differences.

Squabbles Among the Neopagans

In between these two extremes of evangelical Christian fundamentalists and evangelical atheists are four intermediate positions: Atheopaganism, sociohistorical Marxism, soft polytheism, and hard polytheism. Hard polytheists are different from the other three in that:

Atheopagans differ from hard and soft polytheists in that: a) the scientific method is far and away the best way to know things; b) the physical world is real and independent of mind; c) gods, spirits, ancestors are not real; d) consciousness is a product of the brain. Soft and hard polytheists think there is consciousness linked to a spirit world not requiring brains.

Next to the hard polytheists are the soft polytheists. These folks think that gods and goddesses are not literally real, but rather an expression of the ‘collective unconscious’. Jungians argue that gods and goddesses are part of the collective human psyche in general, that cut across all human societies. There are many Neopagan Jungians, like James Hillman and Jean Shinoda Bolen. The soft polytheists who follow Jung are suspicious of science and are less critical of the history of religion than hard polytheists. Jungians tend to be old-fashioned conservatives, whereas hard polytheists are mostly New Deal liberals (with a modicum of socialism and fascism in certain heathens).

Sociohistorical Marxists are in the center, disagreeing with Atheopagans on the left and Jungians to their right. Atheopagans and Marxists agree that science is the best way to know things, and that the gods are not real. But they differ in the following areas:

Marxian Neopaganism is critical of Jungian soft polytheism over the nature of consciousness. For Jungians, consciousness is ultimately spiritual (like Plato’s eternal forms). For Marxists, there is no spiritual reality, only a sociohistorical layer around the earth, the noosphere, engaging with the biospheric envelope. Secondly, the collective unconscious lumps the experiences of people in the seven different kinds of society into a universal which flattens the distinctions of the seven kinds of society. For soft polytheists, the methodology for altered states inducements is group or individual guided imagination.  Neopagan Marxists argue that group guided imagination can be part of Marxian practical critical political activity.

What is Sociohistorical Paganism?

Sociohistorical paganism has no inconsistency with the tradition of dialectical materialism. It understands that both nature and society are products of dialectical forces of Darwinian natural selection, combined with chance and (with the emergence of the human species) teleonomy, the internal planning of the human species. It also understands human society as evolving as a result of population pressure and depletion of resources, which drive technological innovation as well as economic and political qualitative leaps. It accepts uncertainty as a way of life. Opposites are understood as polar.  Because of the conflict between opposites, a new higher emergent synthesis comes about. Unlike traditional Marxism, sociohistorical paganism has no factions to argue with and has no need for loading the language. It does not strive to convert anyone.

Those of us who are sociohistorical pagans respect the entire legacy of the work of Marx and Engels. We also feel that their impressions of spirituality were too sweeping. One of their biggest failures was to not treat polytheism, animism, and magic as very different from Christian monotheism. Neopagan Marxism attempts to repair this failure to engage. Sociohistorical Neopaganism is inclusive of all socialist groups, and welcomes dialogue with Atheopagans, soft and hard polytheism, as well as Evangelical atheists (of which hardline Marxists are one type).

We respect the process philosophy of Whitehead, Hartshorne, and David Ray Griffin in their attempt to argue that there is an internality in nature all the way down. This does not make us pan-psychics since we believe there is an internality (what Whitehead called prehensions) long before there was any consciousness in nature. However, we believe with Engels that there is a dialectic in nature that goes all the way back to subatomic particles, and that evolution must be understood as a spiral with ever-new emergent properties emerging from conflict. Western humanities’ conception of heaven and hell are sociological projection of alienated humanity. When and if humanity creates socialism, it will approximate heaven on earth. This will go a long way towards dissolving infantile notions of heaven as a place to be taken care of or a hell as a place to suffer.

Unlike all other groups, sociohistorical pagans are committed to discovering a fifth stage of cognitive development beyond Piaget’s formal operations. Originally called “dialectical operations” by Klaus F. Riegal, preliminary work has been done by Michael Basseches

Sociohistorical Neopagans have big plans for rituals. Following the lead of Starhawk and Z Budapest, sociohistorical paganism wishes to incorporate ritual, not only into specific protests and strikes, but also into an ongoing political practice. In addition, we attempt to do once again what the French revolutionaries did: change calendars and populate them with socialist holidays, socialist birthdays, pilgrimages, and rites of passage. We want to bring theatrical practice and collective imagination to socialism.

Unlike hardline Marxists, we want to live completely in the present. We believe that the choice for anyone joining us is not made from guilt or morality, but simply that as people we are irresistible. People want to be like us and want to be part of what we are cooking up. For us, altered states of consciousness in a magical ritual is not some kind of monolithic experience of all members. Different social classes will have different altered states because of their class position. Rituals producing altered states will be opportunities to work through some of the class conflicts between working-class, middle-class, and upper middle-class participants.

Unlike any other group, our perception of reality will depend on the kind of society we come from and the point in history we live in. As I have said in a previous book, From Earthspirits to Skygods the primitive magic-mythology in tribal societies will be very different from the secondary magic of agricultural states. The difference between the high magic of Renaissance Italy is very different from the low magic of witchcraft.

We work with other pagans’ gods and goddesses psychologically and sociologically, even though for us, they are not ontologically real. Ghosts, ancestor spirits, and earth spirits can be claimed by Atheopagans and Jungians to be psychological projections. For us they are sociological and historical projections of human social life and the differences between classes. The characteristics of the gods and goddesses—that they all have strengths and weaknesses—are projections that are worth working with, with the understanding that there is a danger of reification. The characteristics of the gods and goddesses, their identification as departments of life, should be worked in as part of our socialist plans. So, rituals to the god Hermes could accompany socialist transportation plans. Rituals to Demeter, the goddess of agriculture, accompany the meetings of socialist farmers.

Lastly, historical sacred oppression is very important to us. Like Neopagan feminist witches, we don’t forget nor forgive what Christianity did during the witch hunts. Neither do we forget nor forgive what the Christians did to the Alexandrian library and how the Church terrorized the likes of Bruno, Galileo and Spinoza. We reject any reconciliation with Protestants, Catholics, Jews, and the whole patriarchal 5000-year albatross. Neither are we seduced by Eastern mysticism, whether it be Hindu or Buddhist, cousins of the western patriarchal family. As one feminist titled one of her plays many years ago, Your 5000 Years Are Up. As sociohistorical Neopagans, we neither forgive nor forget. We will treat the rulers of patriarchy with the same sacred hatred as we treat the capitalists in the secular world.