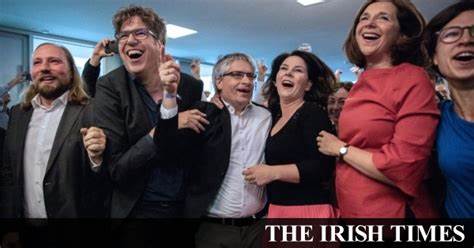 As far as we know, since its inception the Green Party has been committed to wind and solar power. But the German Greens in their efforts not to offend their Yankee masters are now considering coal rather than Russian natural gas.
As the article points out, coal emits more carbon than natural gas. They are also  considering using fracking which can cause earthquakes and ground water contamination. Here is a good example of how obedience to imperial power trumps political and environmental ideology.