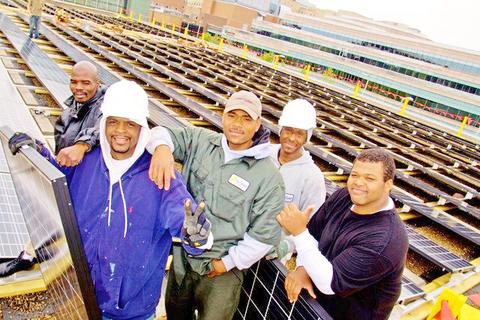 Capitalists have done a good job of convincing people to believe “there is no alternative” to capitalism – or TINA. This is not true. Workers’ self-management, workers’ control and worker cooperatives currently exist and are surviving better than many capitalist businesses.

These organizations are managed and run by the workers themselves, most of whom have ownership in the company. Through regularly held assemblies workers decide together what will be produced, how much will be produced, how long and how hard they will work and what they will be paid. They also decide what tools and resources they will purchase and what they will do with their profits. This is a radical departure from companies where workers have no say in any of these matters. Under capitalism, a board of directors that typically have no direct involvement with the operation of the organization, yet who take the lion’s share of the profits, makes decisions on all of these issues.

Perhaps the biggest and the best-known example of worker-cooperatives is Mondragon, which is a federation of worker cooperatives in the Basque region of Spain. At the end of 2014 it employed over 70,000 people in 257 companies. While the rest of Spain, and most of Europe, is struggling with declining economies and “austerity”, in spite of some recent economic setbacks Mondragon is thriving. We don’t expect miracles from any worker coop because they still have to exist within a world-capitalist system. Their chances of success are better under non-authoritarian forms of socialist regimes.