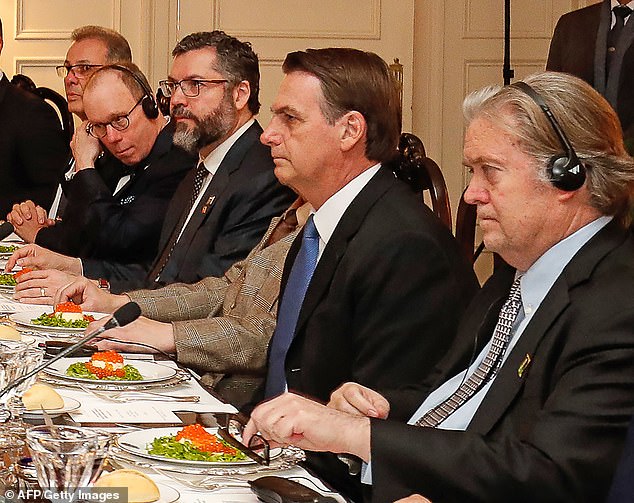 Steve Bannon’s ambitions go far beyond being an advisor to the idiot king. He has had a hand in Brazil, France and Austria. He is one of the few neocons whose ideology crosses national borders.

Read in New Eastern Outlook
Image from the Daily Mail