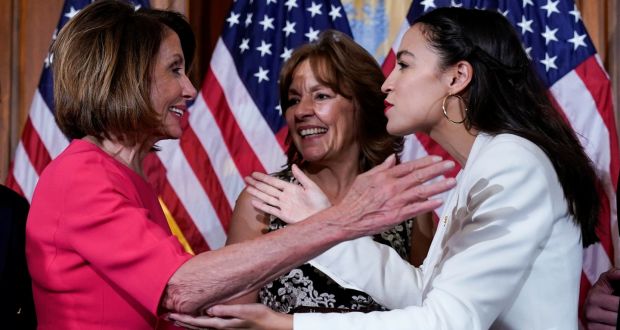 Congruence is defined as the quality or state of agreeing or corresponding, for example, the congruence between one’s words when compared to one’s actions. (i.e. Walk vs Talk)

Congress Rep. Alexandra Ocasio Cortez is presenting herself as a leftist and radical revolutionary with the mission to challenge the establishment. Sure, this all sounds great in theory, but how exactly her rhetoric compares to her actions?

In her first month in Congress Ocasio has:

1. Wholeheartedly endorsed Nancy Pelosi, one of the most corrupt of people in the history of Congress.

2. Voted to fund ICE (after running her campaign on an “Abolish ICE” platform)

3. Voted in favor of criminalizing boycotts to the pariah state of Israel. (After condemning Israel’s illegal occupation during her campaign)

4. Voted against US withdrawal from NATO (a terrorist organization)

5. Voted in favor of sanctions against the people of Russia, Iran, and North Korea

Can anyone please explain how these actions are radical or revolutionary in any shape or form?

From our comrade Raúl Fernández-Berriozábal So much for “The Resistance”!