Home / Flashpoints / Are “Evil Russian” Neoliberals and Neocons Closer to Moving on Trump? 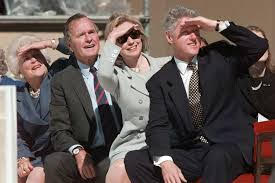 This article is mistitled for it is not primarily about the U.S. military. It is more about the neoliberal and neoconservative forces who want a war with Russia.

With Trump not complying, they are using his unstable personality to consider  removing him. The author of the article astutely points out that they are not challenging a president’s right to declare war unilaterally. It is just this particular president who shouldn’t be in that position. The neoliberal faction would be just fine if Obama or Hillary were in the position to declare war unilaterally.