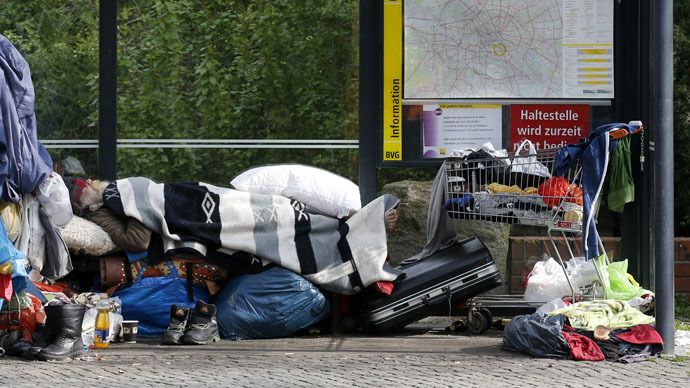 The  European Union looks to Germany to steer the way out of stormy waters.

But the days of Germany’s glory years of capitalism are long over. In the past year German homelessness has jumped from 335,000 to 860,000 people.