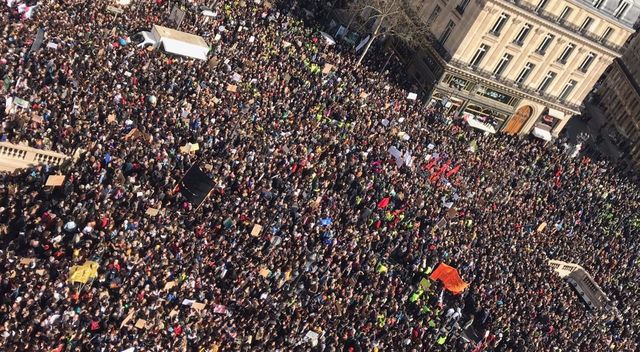 According to Facebook, not exactly the voice of revolution, there were at least 230,000 people in the streets Saturday in France. What is especially important is the connection between the Parisian elites’ role in the exploitation of the striking workers of Algeria as well as the exploitation of the French workers. Is concrete international solidarity spreading? Let’s hope so!

Read in WSWS
Image from WSWS