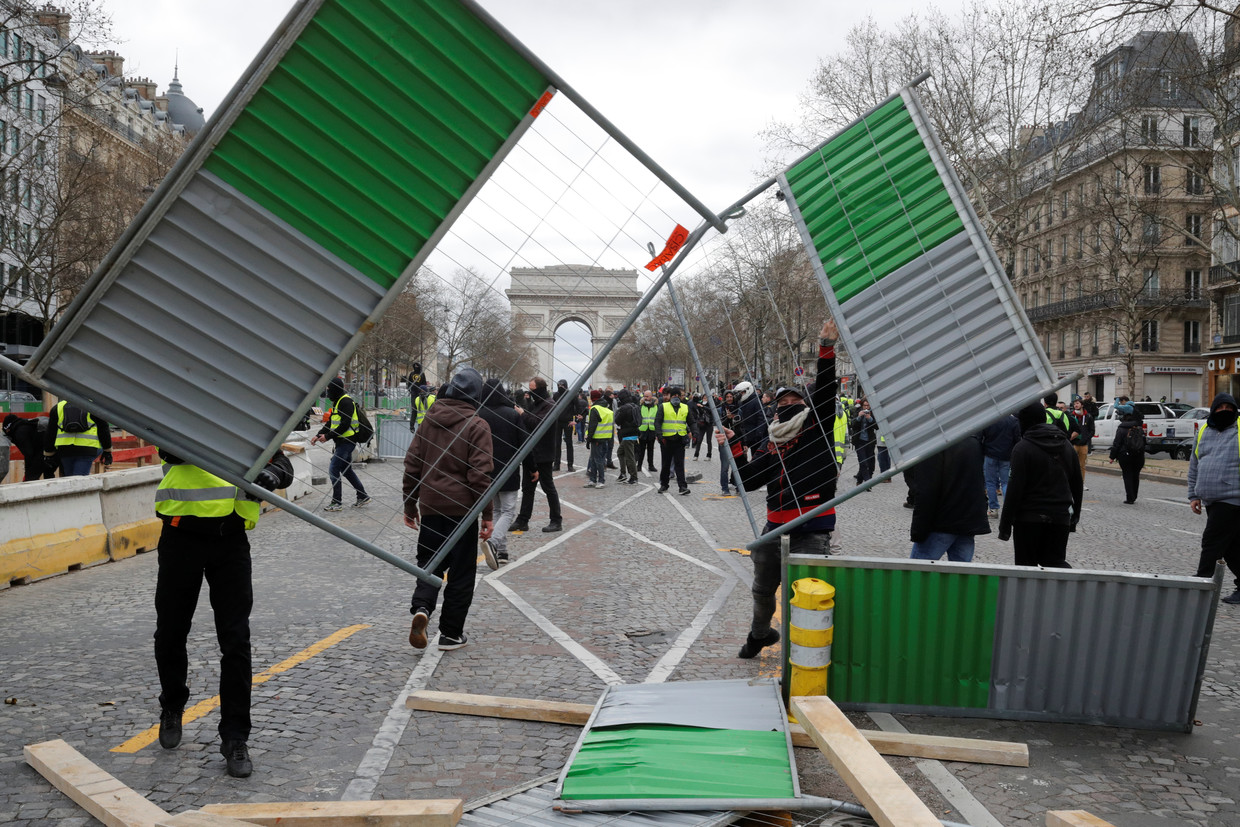 From these pictures it doesn’t look like Macron’s “debate” had the slightest impact on the Yellow Jackets. But with no letup, the Yellow Jackets are having an impact on him. Poor little banker. Looks like the upscale bourgeoisie took some lumps, too. 21st century capitalism on display.

Read in RT
Image from RT by REUTERS/Philippe Wojazer