Home / Perspectives / Why Revolutionaries Should be Atheists 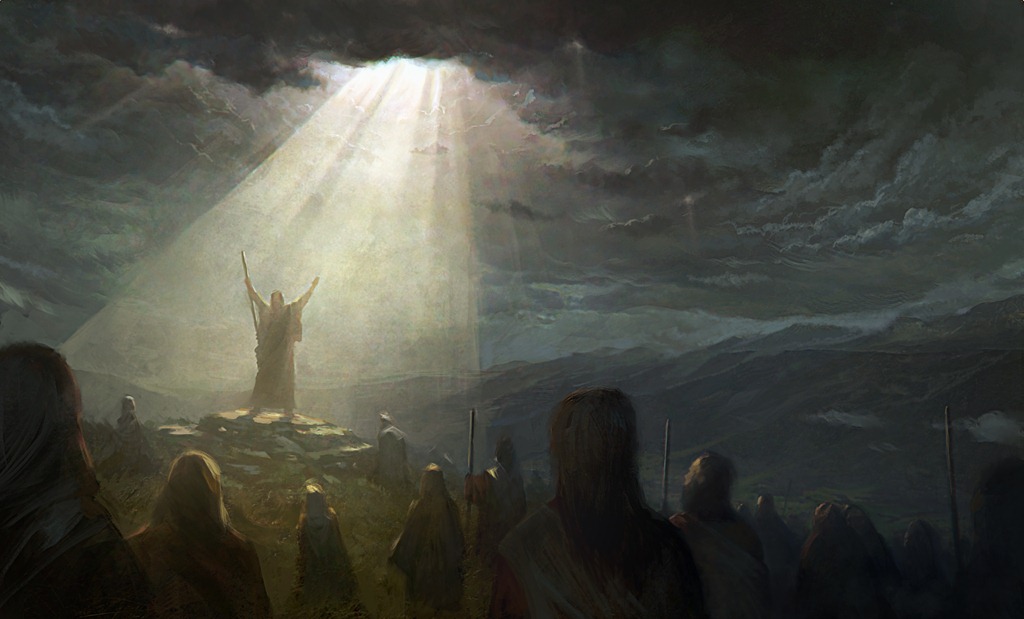 As one of the co-founders of Planning Beyond Capitalism, you might ask why we would publish an article about atheism? Shouldn’t we just stick to political economy and leave people’s beliefs about the origin of the universe and our place in it for future generations to figure out?  We have many reasons for thinking that an atheist stance is crucial for revolutionaries to take. Politically, I trust atheists more than anyone else, because I trust that their political commitment is to this world since we do not have a back-door escape of some God looking after us in the next life in case the revolution doesn’t work out.

Most people believe in the existence of invisible spiritual beings. But most of them have not thought out clearly why they believe in them and how their lives would be different if they didn’t believe in them. On the surface, it seems to me a major reason why people believe in spiritual beings is because their parents believed in them, along with other authority figures in their lives.  Belief in spiritual beings might be practiced out of love and respect for those who have cared for them. Belief in God helps us to overcome a fear of death by the promise of not only a life in the hereafter, but an eternal life in the hereafter. These beliefs, combined with the propaganda of the churches, not just in books but in the liturgy, rituals, architecture, and statues that have been created, are bought and paid for by gullible parishioners.

For atheists it’s a different story. My guess is that most people who are atheists have thought long and hard about the existence of spiritual beings. Like most people who are in a minority, we know far more about the beliefs of the majority than the majority knows about our beliefs. If theists understood us, we would not be accused of being hedonists, or evil people with no morality.

The purpose of this article is to flesh out some of my own reasons for rejecting the existence of spiritual beings in the hopes of strengthening the commitments of other atheists who came to it more intuitively.

My references to monotheism will be limited to Christianity, which I know best. I’m confident there will be overlap with Judaism and Islam, at least in part. Secondly, I am only focused on the existence of God, not the subset of issues that come with it. So, there will be no discussion of where we came from or the existence of life after death.

In my opinion, atheists begin their contention with those who believe in God by mistakenly accepting that the monotheists move to dismiss animism and polytheism from the debate. Instead, I think atheists should make the monotheistic religion face that:

We should dispute this monotheistic assumption by making them face that people have not always believed in God and that their belief in monotheism is:

We must also challenge their assumption that monothetic belief is somehow naturally arrived at through the use of reason. We must make them face their blood-stained history of the subjugation of pagan earth-spirits, ancestor spirits, gods and goddesses on their way to a maniacal rule. We should not let monotheists smuggle in their claim to solely represent the forces of spirituality. A real discussion about atheism should be between atheists, believers in earth spirits, ancestor spirits, goddesses, gods and God. Monotheists should have to debate, not just atheists, but animists and polytheists. This will weaken the force of monotheism because in this light they are outnumbered, both historically and cross-culturally by animists and polytheists.

Belief in gods or a single God was due in part to the results of large-scale natural disasters—earthquakes, volcanoes and floods or comet debris. These events filled people with terror and triggered their imagination with the belief that the god(s) must be angry. When people lack an explanation for natural events that threaten them, they imagine the disaster comes from a God who controls nature.

Notice how God is in control. There is no monotheistic deity who is out of control. In other words, nothing happens by chance. Monotheists prefer accepting even the devil to chance. At least the devil has a focus, a will and is predictably evil. The most important thing for monotheists to believe is that someone had better be driving. This hoped-for control makes it possible to influence God through propitiation, casting spells or praying.

As Marx pointed out, religion is the opium of the people. For the lower classes, it is opium because it teaches people to wait patiently through a miserable life in the hopes of a future “pie-in the sky”. Religion is also an expression of humanity’s alienated creativity. God is the doer of all things humanity wishes it could do but it cannot. Humanity then disowns its own creativity and projects it onto a god who then tells humanity what to do. Therefore, the utilitarian achievements in irrigation, agriculture and the calendar are attributed to the workings of God, not of humanity’s own creation. Others say that gods were once great human beings on earth who were reified by future generations that did not experience the new inventions directly.

If people wanted to be objective about the characteristics of God, those characteristics would have little or nothing to do with our own comfort level. But what do we find with the monotheistic deity? We have either a tempestuous father figure of the Old Testament or a loving father of the New Testament who, one way or another, is looking out for us just like the parents we wish for.

Furthermore, when life gets confusing or difficult, we are consoled by the prospect that God has a “plan” for each of us. But how does the plan work? How can it possibly be coordinated with God’s plan for everyone else? In answer to this we might be told “God works in mysterious ways”. In other words, secondary rationalizations.

A good objection to Marx’s theory that religion is the opium of the people is that if God is just a consolation prize for the lower classes, then that should mean that people in the middle and upper classes who have good material lives would be able to see through the subterfuge of theism and become atheists. But, as we know, there are plenty of people in the higher classes who have a good life, yet still believe in God. How can that be explained?

It is true that most middle and upper middle-class people continue to believe in God in spite of their comfortable conditions. However, it also is true that a higher percentage of atheists will be found in these classes. Yet this doesn’t explain the rationale of the rest of them. Another factor to consider is whether the economy or ecology of a society is stable or unstable. My prediction is that the more stable the political economy of a society, the percentage of people who are atheists will rise. But when the ecology or political economy becomes unstable, it’s a different story for the upper classes. For example, in contemporary capitalist society, the upper classes live very well, yet capitalism is very unstable and might give capitalists reason to consider believing in God because they don’t know how long they can count on their wealth.

The favorite explanation for the Radical Enlightenment is that religion is the tool of elites to keep people ignorant and distracted by the promise of a world to come after death.  This enables these elites to hold onto their power and property in this world. It is important for elites to ensure that people believe they are tainted with original sin because that weakens people’s self-confidence and resilience to navigate in the world with neither God nor the elites. It is also important that God be seen as a father, for that is a model for the habit of submission in the family.

I think Freud hit the nail on the head with this one. He said belief in religion was infantile. It was a wish to climb back into the womb where there is no conflict, pain or uncertainty. Everything is taken care of by the father.  People believe in God as a substitute parent who loves them unconditionally.

Wilhelm Reich thought that religion requires that sexuality must be repressed. Sexuality is a way for humans to give each other pleasure without the need of elites or deities. If people can be taught that sex is a bad thing, they will be more dependent on religious authorities to give life meaning. Or in the case of sour grapes, you can repress the desire for sex while pretending to be above it all, as Nietzsche might point out. Belief in God helps us to overcome a fear of death by the promise of not only a life in the hereafter, but an eternal life in the hereafter.

How can God be all loving and all powerful while there is great suffering in the world? How to account for the hundreds of thousands of innocent children and adults who are bombed, starved and inhumanely treated in the name of nationalism? Either God is not all-powerful because there is great suffering which he is powerless to do anything about, or he is all-powerful and not all-loving because he permits suffering to continue.

“Divine Intervention” by God into human history is a big thing. But what does it say about God’s engineering prowess if he constantly has to butt into his creation process? Human beings design things that can last a very long time without any intervention. What kind of engineer is a god who has to intervene in his creation from time to time because he botched things the first time? If God were all powerful it seems the world would not be in the mess that it is in. “Thoughts and prayers?” Why is prayer necessary if God has a plan? Why are we begging for mercy from a lousy engineer? Divine intervention reveals God to be a bad engineer.

The relationship between atheism and politics is tricky. Broadly speaking, those who are atheists are divided into liberals and socialists. Many liberal atheists are still supportive of capitalism. So too, many socialists are monotheists when they believe in some kind of liberation theology like those of the Catholics who consider Christ to be a revolutionary. Yet for all the reasons addressed above, those who are the most trustworthy for carrying through revolutionary socialism are atheists. As socialist atheists, we gain immortality through building heaven on earth, either in our own generation or in generations to come.