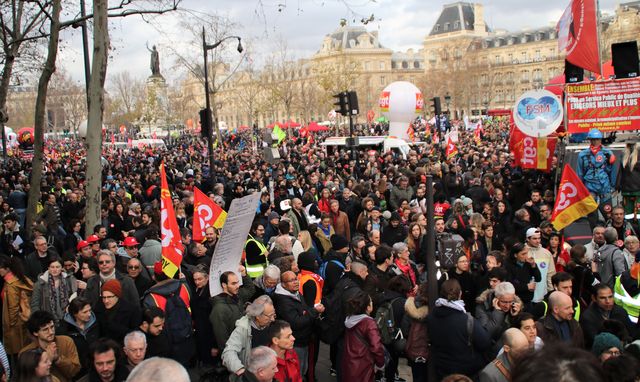 Ever since the end of World War II, “business unionism” has been selling out its workers for 70 years. In the case of France, despite the fact that 82% of the French population supports the current strike and does not want the heads of the union to meet with the authorities, the major unions have met with the the prime minister to end the strike. And with good reason. Ninety per cent of the budget of the unions’ operating expenses comes from the state and capitalists. Workers must create or expand their own self-activities and not let the unions define their struggle.