Home / Flashpoints / There are No Centrist Politics in Yankeedom: Neoliberals and Neoconservatives Meet on the Right 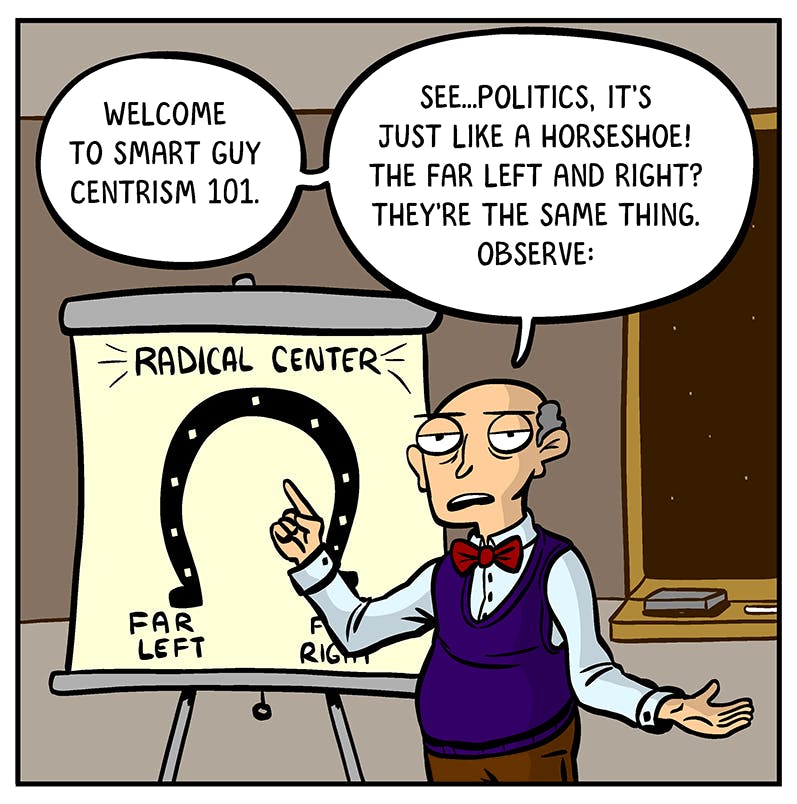 “Everything in moderation” is a famous quote that is used to contrast two extremes, which are “bad”. But this takes no account of the fact that under extreme circumstances such as today, centrist politics are maladaptive. This has been demonstrated all over Europe where centrist parties have lost elections. If the real political spectrum of the world was displayed, the range would be from anarchism on the left to fascism on the right. But in the United States the far left is ignored and the “far left” turns out to be Bernie Sanders and New Deal liberalism.  What is really centrist in the US is a right-wing merger of neoliberals and neoconservatives competing over who is more anti-Russian.

Published on our fraternal site The Greanville Post
Image from thenib.com