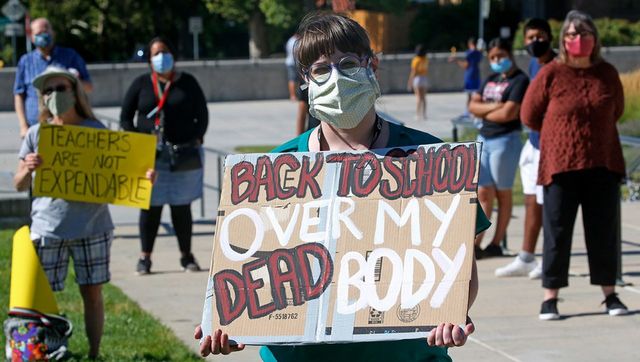 Well over 300,000 teachers and students have mobilized on social media platforms to oppose the unsafe school conditions that await them in the Fall. Over 30 Facebook groups have formed in the U.S. alone. The movement against back to school is not limited to the United States. Similar movements are occurring in Great Britain and South Africa. It is important to note that these groups formed autonomously, independent of teachers’ unions. This means the conservative union leadership is less likely to curb this movement.