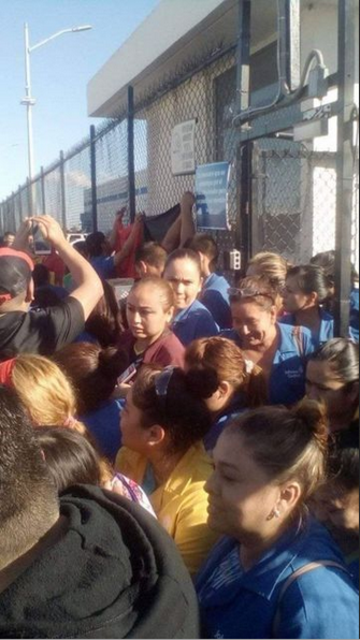 This is one of the largest North American strikes in decades, yet you’d never know it by the media blackout. Those who hoped that AMLO would be an improvement will have to explain his repressive political actions against the strikers. The best news is that when the strikers found out their union was conspiring with the bosses, they bypassed the union, elected their own committee and kept on going.

Read in libcom
Image from libcom