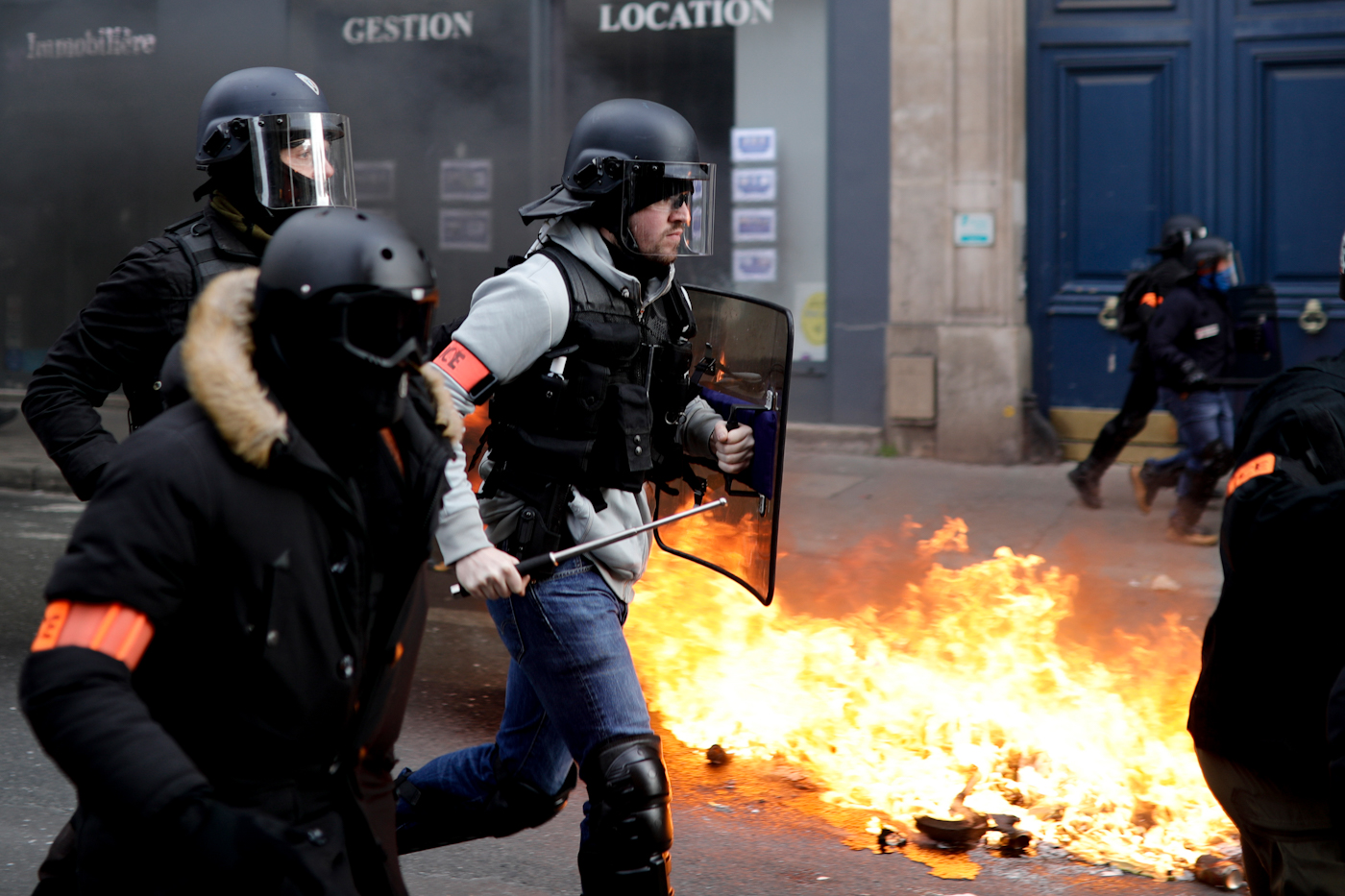 Unfortunately there are some leftists who imagine that the police are part of the working class and might be organized for the revolution. The class origins of the people who make these claims suggests that maybe they haven’t spent much time around the police. Among other things, this article describes how mass media fawns over them. After all, upper middle class journalists have their own class interests to protect. As this picture shows, the French population fights them openly.

Read in the Greanville Post
Image by Mint Press News