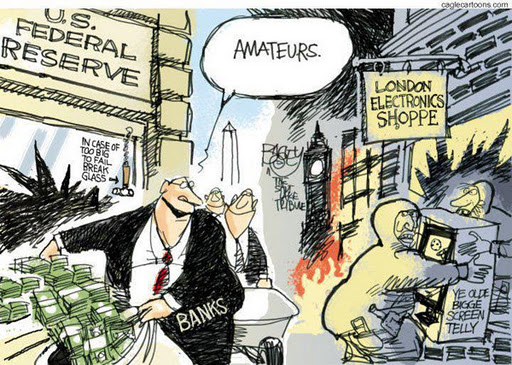 This article is a very good summary of ten years of the reign of finance capital. Capitalists are far more wealthy now than they were 10 years ago, thanks to the policies of the Federal Reserve. It would be one thing if profits were made on real social wealth, for example as the Chinese and Russians have invested in transportation and energy systems. It’s another story when the wealth produced is fictitious and likely to collapse, not even like a house of cards, but more like a “house of paper”.

Read in WSWS
Image from Philosophers for Change