Home / Perspectives / Harvey Weinstein is Only the Tip of the Iceberg: What Could Be Done? 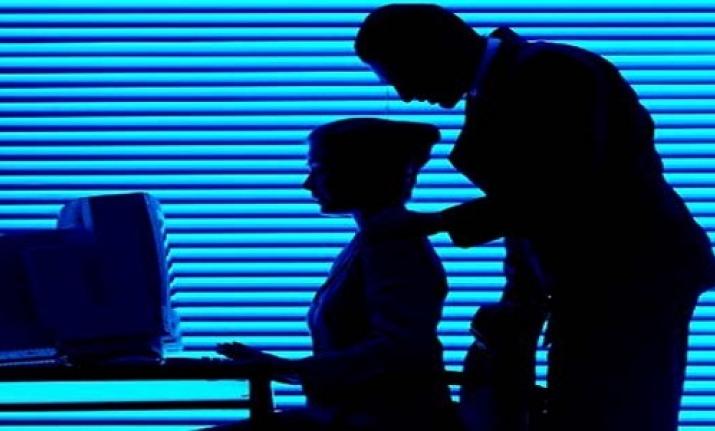 The floodgates have opened. All the disgusting, depraved details are surfacing. Now the “public” is learning what the majority of us already knew – that men of power have been sexually abusing and harassing women for generations.

It was simply the norm. Most women have experienced it in one form or another. Every morning we get up to see another report from victims of powerful men in publishing, media, government and finance. Even U.S. presidents, Supreme Court Justices, Amazon executives and celebrity chefs have been outed. A USA Gymnastics doctor has been accused of and is in prison for molesting at least 100 young women gymnasts, some as young as 13 years old. The list seems endless. So no, this is not a secret. It’s simply that now, for yet unexplained reasons about the timing, the volcano has erupted. Hopefully, there’s no going back.

Sexual assault and harassment have always been the norm

Years ago my boss tried to grab and kiss me in my office and in the elevator, actually lunging at me in the elevator. I was a cute, mini-skirted, single mother finishing up my bachelor’s degree and an area manager for a public relations company. He was a decades-older, overweight, bald, married regional senior manager. How did we women handle this type of harassment back in the 70’s? We laughed it off – if we could. At least that’s what I did. My response was to laugh, slip away (which I could because I was much more nimble and faster than he was) and say, “Now George, you have to behave yourself”! That was not the first time I had been harassed and it sure wasn’t the last time. Many women were not as lucky as I was. When I joined the thousands of women posting #MeToo on Facebook, I was saddened and shocked to see how many of my friends, relatives, co-workers, even my own daughter were in those numbers. In fact, I can’t think of a single woman I know who has not posted #MeToo.

There’s a temptation to think that now the stories are coming so fast and furiously, with so many men being implicated, surely, something will be done. The hope is that men who have, and would, treat women this way will now be scared into behaving themselves. However, many men still think this is a tempest in a teapot. George Bush Sr. thought his sexual harassment antics were all pretty much a joke, as did his wife, Barbara. Many people have known about the kinds of perverted sexual abuse men, particularly powerful men, have used against women all along. Other men have either witnessed it or heard rumors of it. Maybe they didn’t like it, but they didn’t take steps to try to stop it. Many women experienced it themselves, heard stories and rumors or even witnessed it. Yet they did nothing. How can we explain this? Are these people all cowards, only concerned with their own lives and job security?

The power of group complicity

As Wilhelm Reich pointed out many years ago in his book, The Mass Psychology of Fascism, there would be no Hitlers unless there wasn’t a little bit of Hitler in a whole lot of people. This means that nothing happens without the active or passive consent of most people. Typically, in trying to explain group problems at work, people either blame the leaders or they blame individuals with obnoxious personalities. Both explanations are individualist because they ignore the complicity of most people who do nothing. And this “doing nothing” is much more powerful than either leaders or obnoxious personalities are. Doing nothing is not neutral. Doing nothing in groups contributes to whatever happens, pro or con. The reasons men and women are complicit in groups is no different than the reasons people put up with other forms of abuse. They have become habituated because it happens gradually and they become desensitized. They are aware of it but they feel entrapped. This means they’ve invested time, effort and energy into an organization and the risks are too high. They are aware of the harassment but they hope it will go away. They don’t know what the alternatives are. There are other reasons, I’m sure, but you get the picture.

Why haven’t women fought back?

Women who have tried to fight back have always done it as individuals, making it much easier for them to be dismissed or targeted themselves as money-grubbers or attention-seekers. We have not fought back because many of us have been ashamed, believing that somehow the harassment or assault was our fault. This is frequently supported by attacks against the victims by shaming, name-calling and not being believed. We have also not fought back because, under the capitalist system, women have always been considered second-class citizens. This institutional inequality is organized from above, through traditional family roles, in the legal system as well as in other social structures. The hierarchy that produces positions of power, usually occupied by men, is a set-up for all types of abuse.

There are plenty of suggestions in the news now as to what to do if we, as women, are assaulted or harassed. As Breanna Stewart, professional basketball player for the Seattle Storm of the WNBA suggests: “If you are being assaulted, tell somebody. If that person doesn’t believe you, tell somebody else. A parent, a family member, a teacher, a coach, a friend’s parent. Help is there.”

I say – that is not enough. It’s not enough to expect women, on their own, to brave the potential of being ignored, placated, accused or have their careers put in jeopardy.

Sexual harassment and abuse by men in positions of power will not stop until there is an organization formed to fight this, in the courts and in mainstream and socials media.

I recently read an article by Jonathan Cook in Dissident Voice titled, Harvey Weinstein and the Politics of Hollywood, in which he advocated for forming a women’s union for Hollywood actresses. This union would be open to all actresses, including those who are just getting started. Mr. Cook also suggests that if the famous actresses who are now coming forward with their own stories of harassment and assault would join together to establish, fund and promote such a union, they would be doing a much greater service for women actors than by simply telling about their own assault. He writes about how much safer it would be for women to have this problem addressed within a union. As we’ve seen, it’s been fairly easy for powerful men to dismiss single instances of assault by threatening or bribing the women. If it does become public, they often simply deny it, like Bill Cosby did, everybody’s favorite Dad. Quoting Mr. Cook:

“They could set up a union, a sort of women’s Equity, that would allow actresses, in private, to register incidents of exploitation and sexual assault with the union, naming those who committed the assault and their modus operandi. By creating such a database, the union and its lawyers would be able to identify serial assaults and discover patterns of behavior. The victims could then be encouraged to come forward in a group action, knowing that they would not be facing the Hollywood elite on their own. The union would redress, at least in part, the power of these male producers and directors. They, in turn, would grow more fearful of exposure.”

I applaud his concept and propose taking it a step further.

Consider an organization like Seattle Solidarity Network. This is an all-volunteer, grassroots organization where the members show up in groups at the site to help people fight against landlords, bosses and others who are more powerful than they. Why not establish a women’s network along these lines? Remember Occupy? It only took a short time before there were Occupy movements in cities in the United States, and within weeks, all over the world. There is no reason why sexual harassment networks could not catch fire in U.S. major cities just as Occupy did.

The national network – let’s simply call it The Women’s Solidarity Network – would provide legal aid for groups of women who were being sexually harassed or assaulted in the workplace. But they could do much more than that! They could educate women about their rights and offer practical solutions to fight this behavior. All the women who have wealth, actresses and recognized personalities, and are now speaking out about their own experiences with work-place abuse could initially fund this network. Feminist lawyers and groups like the ACLU and Southern Poverty Law Center could work with them. This type of support would be far more valuable than simply publically telling their stories, as powerful as that act is.

Chapters of these sexual harassment networks could be formed all over the country using some of the following tactics and support:

What is to be done?

Until, and unless, women – and supportive men – join forces to create a formal organization to protect us from these types of assaults, this outrage will soon fade away. Many men who have been accused for years, and protected by large institutions, have faded from public scrutiny and outrage. Since the capitalist system is designed to foster hierarchies, there will always be a need for organizational support for the millions of women who are lower in that hierarchy. The need is greatest for younger women, women of color, working class women and those just starting out in their work-lives. If all these celebrity women who are telling their personal stories of attack and harassment would join together to fund and support this organization, the good they are doing would be multiplied ten-fold.

Anyone with ideas or knowledge of organizations that are already doing something like this, inside or outside of the US, please put this information in the comments section. It’s time to take group action – we’re stronger together!