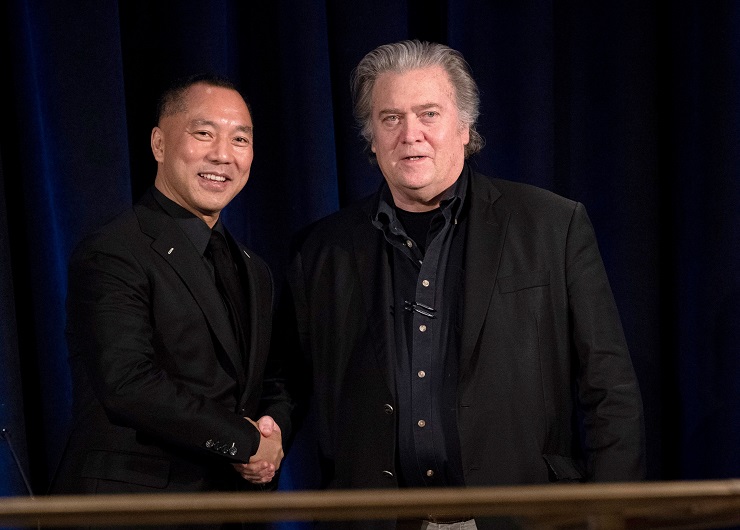 This article begins by making an interesting observation that sometimes you learn more about the truth from extreme right-wing sources like the Economist and the Telegraph in England than you would from the center-right Guardian. Guo Wengui is a right wing political exile, granted asylum in Yankeedom who has teamed up with Steve Bannon in hysterical anti-Chinese causes, fueling rebellion against China.