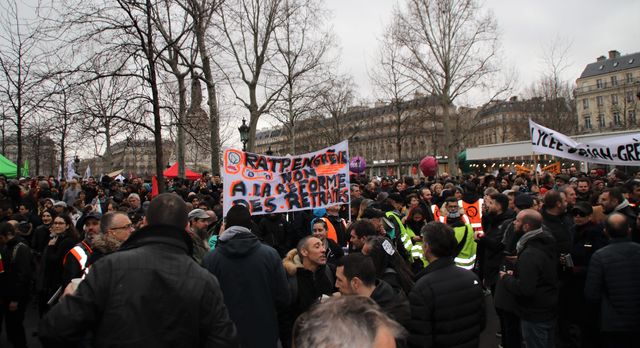 For well over a year the French Yellow Jackets have made Macron’s life miserable, clogging the streets and “ruining” poor Macron’s Christmas. Now the Yellow Jackets have company. In addition to the current transportation strikers, refinery workers, port works, teachers and some employees of Air France have joined the strike. As the article says, the strikers have good reasons to distrust the unions  who are negotiating with Macron while the strike is going on. Three strikers are interviewed.