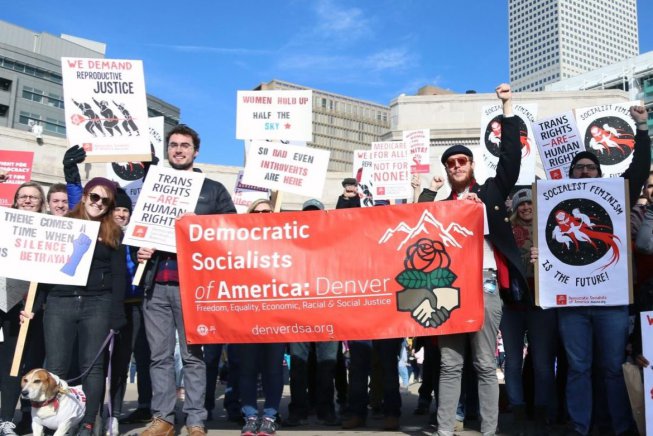 The ranks of the Democratic Socialists of America (DSA) have tripled since Bernie Sanders’ campaign.
A number of people who are radical leftists have joined something called the Libertarian Socialist Caucus and have encouraged us to join. But it’s stories like this that reinforce our cynicism that the Democratic Party and socialism go together today like oil and water.