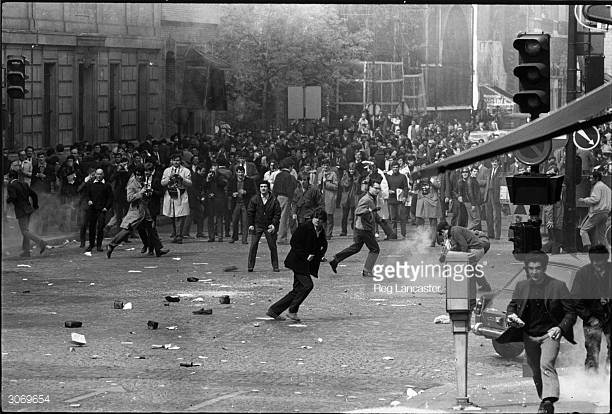 Protests are a relatively passive activity. People march around a designated public space, listen to speeches most of them could make to each other and then go home. What is happening in France right now is way beyond protests. Students in major universities (we counted between eight and ten) are occupying their universities. They are seizing public space. Additionally, they are not listening to speeches. They hold general assemblies – and not just about student problems. These students are well-aware of the connections between their problems and the railway workers problem. Yesterday, Air France workers struck in solidarity, with 25% of the air flights cancelled.