Home / Flashpoints / Democracy From Below in Venezuela Controls Capitalist Pricing 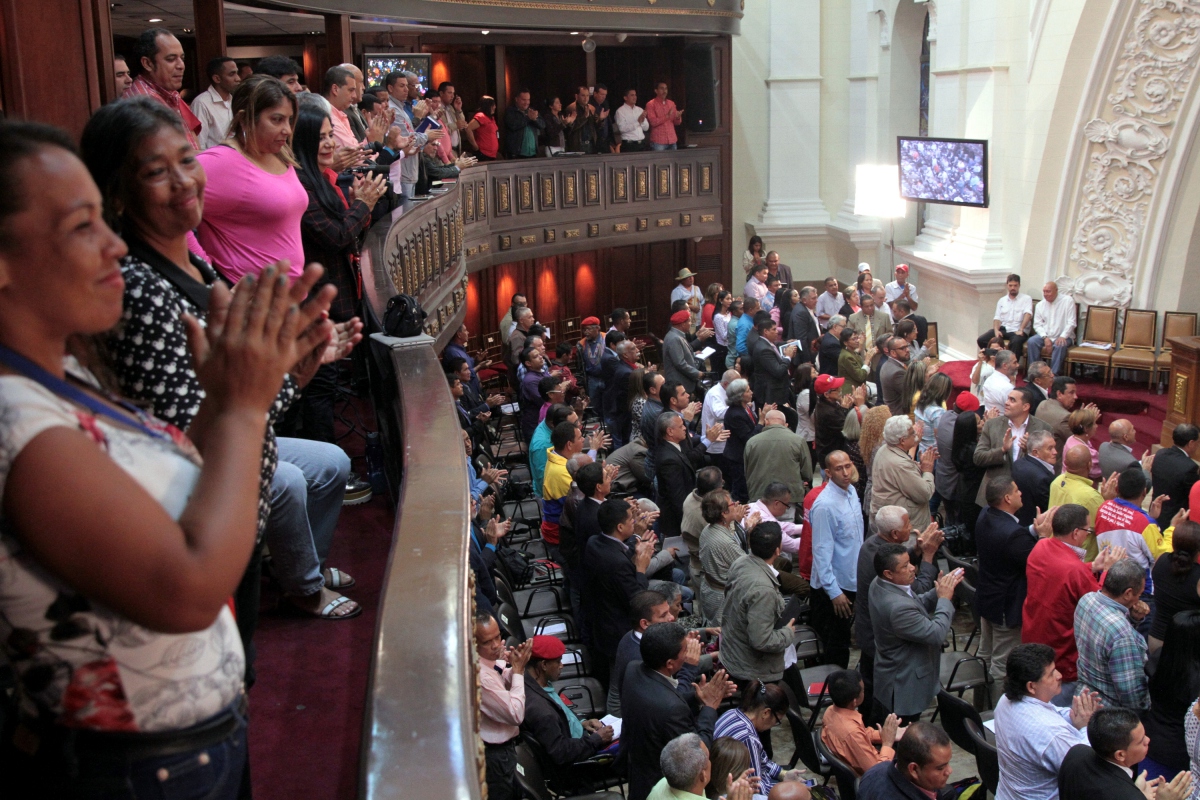 Can you imagine going to a congressional body in the United States and voting for price controls on capitalism when it comes to essential goods like food and toothpaste?

Well, neither can we. But in the land of the  so-called “dictator” Maduro, the national constituent assembly has just constrained capitalists with price controls. Every picture tells a story. Have a look at the people in this assembly. Then take of a look at the people in the congressional bodies and tell us where you think democracy is operating.

Image of Venezuela’s National Constituent Assembly approved the price control law Tuesday, while President Nicolas Maduro has called on the people to enforce it “in the streets”. (VTV)