Home / Flashpoints / Can BRICS Lead The Eurasian Tide into Africa? 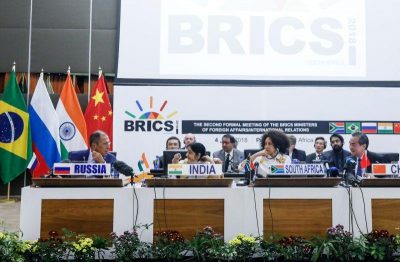 So far, BRICS has not fulfilled its potential as an alternative to the World Bank and the International Monetary Fund. In part this is because of India’s and Brazil’s commitment to the United States. But recently India’s relationship with the US has cooled and Brazil’s current economic problems might make them look elsewhere for support. In addition, Argentina, Indonesia, Jamaica and Turkey have been invited. According to the author of this article, part of the success of this conference will be the investments of BRICS in the entire continent of Africa.