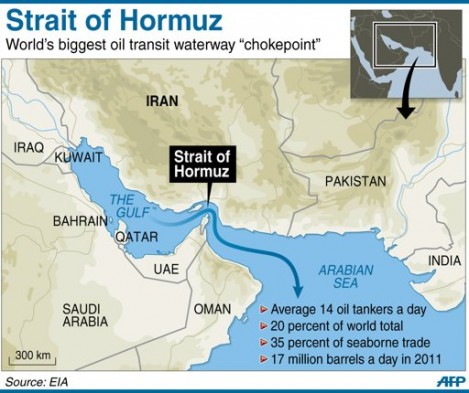 It looks like US sanctions on Iranian oil will do no good as both Russia and China have already signed contract deals. Further, the US military is dependent on Chinese imports for its defense industry. Lastly as the article says:
“Those clamoring for war with Iran cannot possibly understand that the nightmare scenario of a Strait of Hormuz/Persian Gulf energy transit closure – the choke point for 22 million barrels of oil a day – would represent, ultimately, the death of the petrodollar. The Strait of Hormuz can be configured as the Achilles heel of the entire West/US economic power; a closure would detonate the mother of all hurricanes in the quadrillion-dollar derivatives market.”