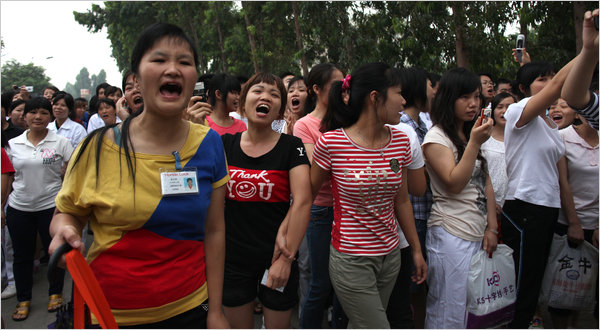 There are at least two faces of the Chinese ruling class. One is face which builds roads and harnesses energy internationally such as the New Silk Road. But there is no Silk Road which travels to and through the Chinese factories. As has been said many times, China is the production center of the world. The Chinese workers have to power to cripple world capitalism unlike in any other country. Check out this five minute video we found though libcom.org

Watch on Labournet TV
Image from Advance the Struggle