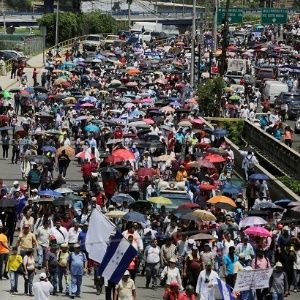 All rulers’ ultimate source of power is to call in the military. But in the case of the Hernandez, some sections of the riot police stood by as demonstrators took over the streets. The reasons the riot police did this had nothing to do with the movement against Hernandez. Rather, it was due to a lack of benefits. Nevertheless, this gives the population more time and space to organize.