Home / Flashpoints / Why Outside Agitators and Police Conspiracies Are Racist Explanations 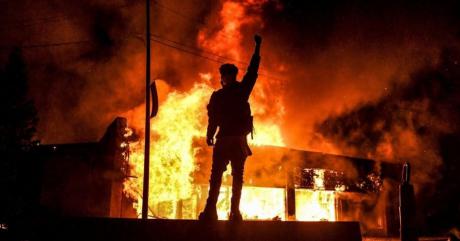 Is the  increase in rioting in the cities across Yankeedom due to “outside agitators” like Antifa?

Are extreme acts of violence the actions of police agents?

This is a nice compilation of what Antifa is and isn’t by various anarchist tendencies. In dismissing both claims of outside agitation and agents provocateurs, it points out the racism of these claims. The underlying assumption is that since most of the people in the streets are black and the rioting has been very successful those people could never, by themselves, be so successful. They must have been led by whites (outside agitators) or the police (most likely white).