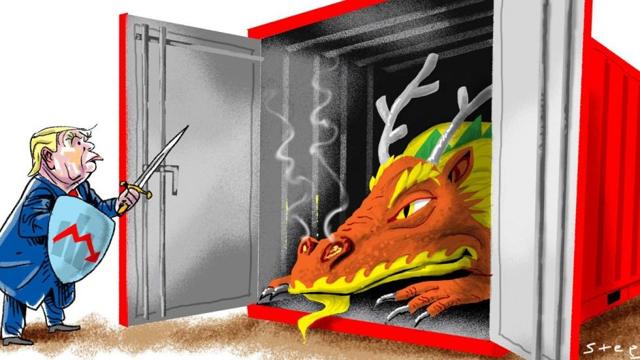 Humpty Dumpty sat on a wall; Humpty Dumpty had a great fall; all the king’s horses and all the king’s men, couldn’t put Humpty together again. For all the ideology about the glories of capitalist competition, among other things, this article shows that real competition sends Yankee ruling classes into a tizzy. Stock market drops show that some of the ruling classes don’t want trade wars. But they seem powerless to stop the idiot-king.