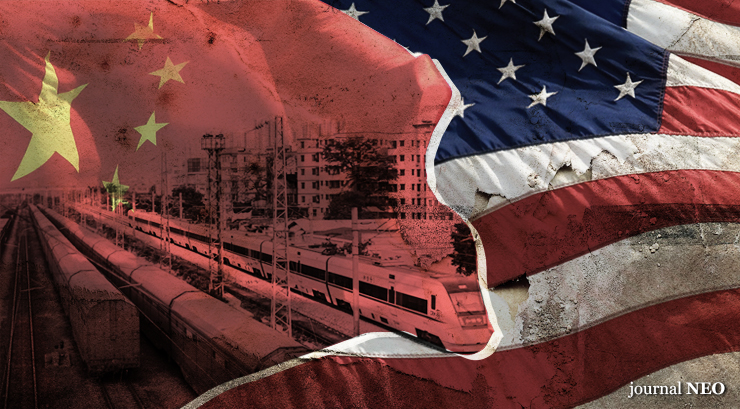 The facts are the Chinese have built a high-speed railway from Beijing on the Chinese mainland to Hong Kong which will shorten the commute from 24 hours to 9 hours. Had this been done in Britain or the United States, the press would wax eloquently about  the wonders of capitalism. But because this is China’s accomplishment, the same press talks about “Chinese imperialism” and China “tightening its grip”. Notice the range of newspapers all mouthing the same line.  Might have a great deal to do with the number of CIA Agents who work for the newspapers.

Read in NEO
Image from NEO