Home / Perspectives / Through the Looking Glass with Maoist Characteristics 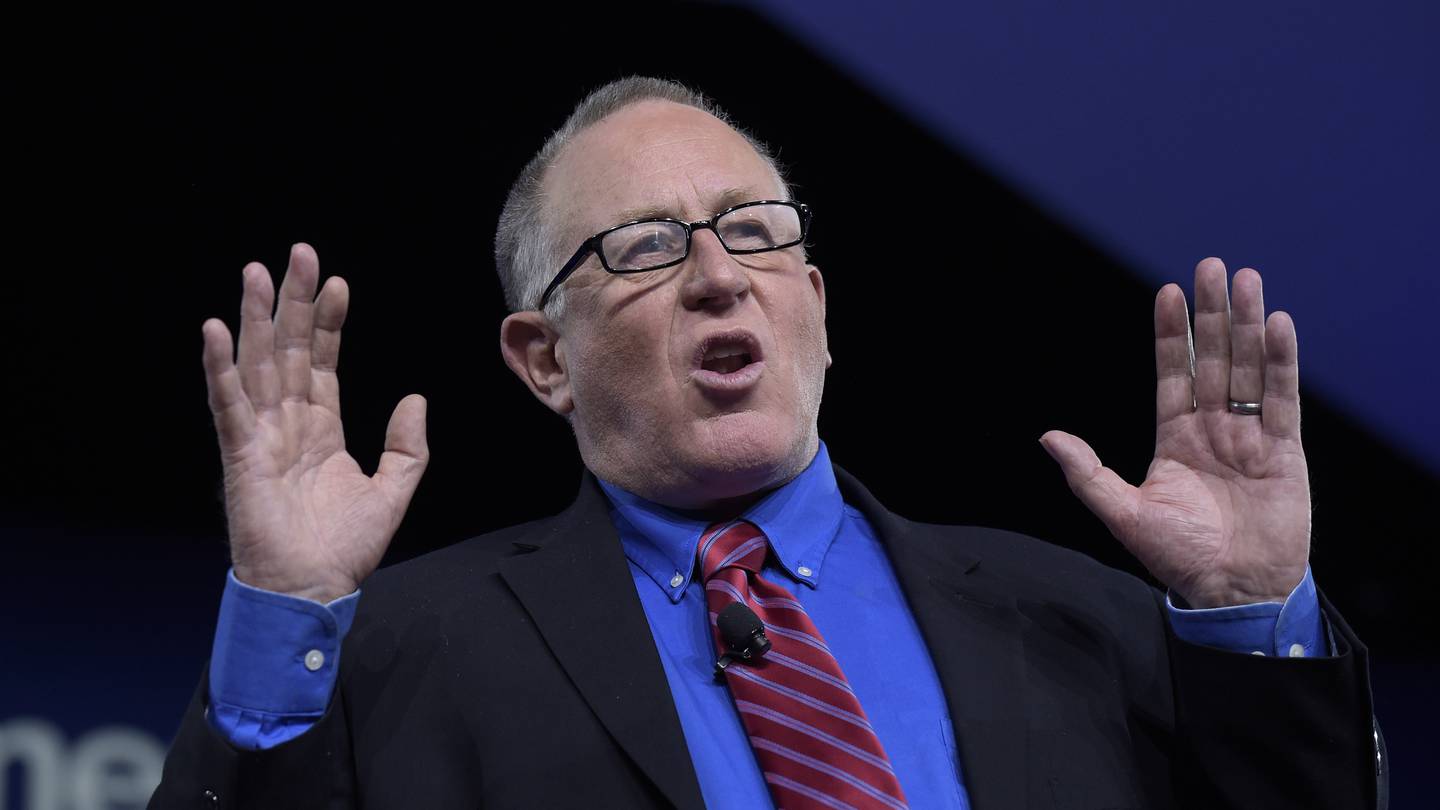 Is Rightwing Gadfly Trevor Loudon a Secret Communist? Or the Object of an Amusing Web Defacement? Either Way His Reach Is Growing.

A spook you’ve probably never heard of is haunting the United States: Trevor Loudon, former vice president of the rightwing ACT New Zealand Party. In the 1980s, Loudon campaigned for a Soviet-free New Zealand—successfully, one could say. Taking his show on the road, he relocated to the US in 2008 after his blog New Zeal reportedly caught Glenn Beck’s eye. (Stay ready! You never know when your break is coming.)

By 2017, Loudon was “riding the conservative wave in the United States”, spending most of his time warning Americans about the ever-living “Red Menace”, now starring the solo act, China. Additionally, he peddles the entirely doltish idea that liberals and Democrats serve as its minions. Keeping with the times, and adding his own flavor, Loudon combines election theft claims with anti-China fears. He asserts that Chinese-controlled groups in the US helped steal the 2020 election from Trump. A predictable result of such inciteful bunk occurred when a Texas man recently threatened to kill at least one Georgia election figure, whom he considered a Chinese agent.

At the very least, Loudon is an extreme rightist with a growing reach. Given the scope of new rightwing media like New Tang Dynasty (NTD) and The Epoch Times which frequently feature Loudon, he now potentially reaches millions of Americans. The Epoch Times, an eccentric rightwing rag, currently enjoys apparent mainstream status, its editions stacked on newspaper racks alongside ordinary papers like the Los Angeles Times. Among a wide array of programs, NTD also produces Loudon’s cable TV show, Counterpunch (obviously not associated with the leftist magazine of the same name, founded by Alexander Cockburn). These media seem poised to be potentially more influential than their ideological forebear, The Washington Times (founded by the Rev. Sun Myung Moon, an ally of the Korean CIA and the Reagan Administration).

Both NTD and The Epoch Times are tied to the Falun Gong. Falun Gong is arguably just an odd religious group peacefully practicing in both the US and China, as well as other countries. In China, Falun Gong’s members face real police state repression. The Chinese Communist Party calls it an “evil cult”. Still, it strikes this author as not dissimilar to the Turkish cleric Fethullah Gülen’s movement, which has been accused of being an asset of US intelligence and of helping to foster the attempted coup against Turkish President Recep Erdogan in 2016. (Erdogan had recently struck a seeming anti-American, anti-NATO posture in favor of Russia over issues related to the still-ongoing war in Syria. Of course, Erdogan is not above carrying out a false flag coup as an excuse to attack his political enemies.)

Aside from his other media gigs, Loudon also runs a website called KeyWiki—Kiwi wiki, he’s a New Zealander, get it? The website looks like your run-of-the-mill wiki, but a scan of its entries reveals that it is mostly a (Facebook) stalker site. Overwhelmingly, it simply catalogs people on the basis of their liking leftist pages or memes on Facebook, but also for belonging to a chapter of the Democratic Socialists of America. RationalWiki, a rightwing libertarian wiki, considers it useful—mostly for leftists trying to meet up. Truthout’s Sam Bishop calls it “the Web’s Biggest Blacklist”.

An expose of Loudon and KeyWiki by the Jacobin’s Branko Marcetic includes examples of KeyWiki pages warning us about ordinary and mostly obscure American leftists. (Marcetic also offers a short history of Loudon’s rightwing activities going back to the 1970s. In addition to ranting about Communists, Loudon has also participated in Scientology-like courses as recently as 2006.) The aforementioned Washington Times also cites Loudon as an expert on the matter of purported links between the Democratic Party and a secret Communist conspiracy. This is ironic given one unexpected, possibly dubious association. And here is where the real weirdness comes in.

What the otherwise-thorough Branko Marcetic profile of Loudon leaves out is the astounding fact that Loudon’s own KeyWiki (devoted to exposing hideous leftist conspiracies), while listing Loudon as Chief Editor, also states that, get this, he “has been a member of the Revolutionary Communist Party, USA since the 1970s and is a close associate of Supreme Chairman Bob Avakian”! No, really. (To find this, a keyboard sleuth must go to the KeyWiki page, click on the tiny About KeyWiki link at the bottom, scroll down to Loudon’s pic, and click on his name link underneath that. Voila! Comrade Loudon.)

All of this reminds me a bit not just of the Korean Unification Church and its leader, the Rev. Sun Myung Moon, but another political crank of the right, the late Lyndon LaRouche. Loudon’s longtime fixation on Communist conspiracies and his disputes, pre-2008, with the New Zealand Green Party, recalls the obsessive LaRouche’s anti-leftism. LaRouche, who ostensibly rose on the left, spun implausible conspiracy theories (in contrast to plausible ones) while straddling the left-right spectrum, as if involved in an unwholesome game of ideological Twister (i.e., not the fun kind). While LaRouche regressed from left to right, it looks like Loudon manages to span the spectrum. And yet, looking back at LaRouche, this does not seem so out of the ordinary. After all, as one of LaRouche’s enemy-biographers, Dennis King, put it, “LaRouche’s theory of ideological deception…asserts” that through the use of “ambiguity and code words” it is “possible to appeal to the listener’s ‘preconscious mind’ and thus lead him gradually into ideas his conscious mind would otherwise reject.” LaRouche’s purpose being to “instill fascist ideas in his leftist followers”.[1] While this does not fully match Loudon’s apparent approach, the two (head)cases do match in terms of high-weirdness and apparent political confusion and manipulation.

Trevor Loudon, a vocal critic of the People’s Republic of China, its ruling Chinese Communist Party (CCP), and all things remotely leftist is a comrade of Revolutionary Communist Party’s Chairman Bob? Of course, we do not know whether the info on KeyWiki regarding Loudon’s membership in the RCP is true. After all, how likely is it that a New Zealander would in the 1970s even know about a small leftist group in the US? Which makes me wonder whether some anonymous but obviously likable smart ass hacked KeyWiki to smear the rightwing Loudon as a secret Communist. Is the information correct? Is the joke on us? Hard to say. RationalWiki notes that KeyWiki “strictly limits who can edit articles”.

Other questions include: If Loudon really is a member of the Maoist Revolutionary Communist Party, USA, does that explain his hostility to the Soviet Union in the 1970s and 1980s? After all, the RCP formed at the very nadir of Soviet-Chinese relations. Similarly, does it explain his current fixation on the People’s Republic of China? If the RCP remains Maoist in outlook, which it apparently does, then the party would certainly be an enemy of the current Communist leadership of capitalist mainland China. In any event, Loudon warrants careful attention given his fanaticism and not-insignificant media reach.

Ron Leighton received a BA in history at California State University at Fullerton. He has been published in Dissident Voice and Counterpunch.