Home / Flashpoints / “This is Just the Beginning”: Protests Break Out in Five European Countries 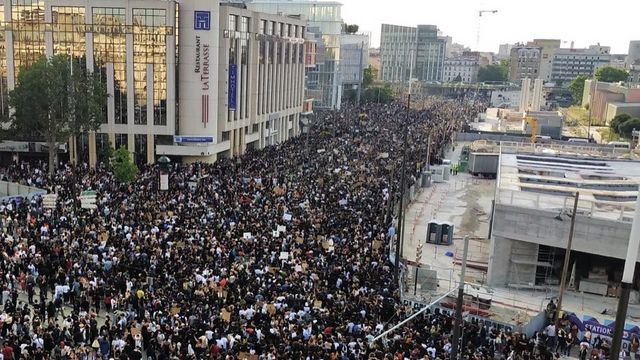 Thousands of people protested and fought police in London, Berlin, Munich, Dublin and in many cities in France. In Paris at least 20,000 people marched. It is important to note that the protests were motivated by a history of police violence in their own countries. They were not marching just in sympathy with the events in Yankeedom. As one protester said, “this is just the beginning”.

Read in WSWS
Image of Demonstrations against the murder of George Floyd in Paris, France (Twitter/@KenzaHadjMoussa)