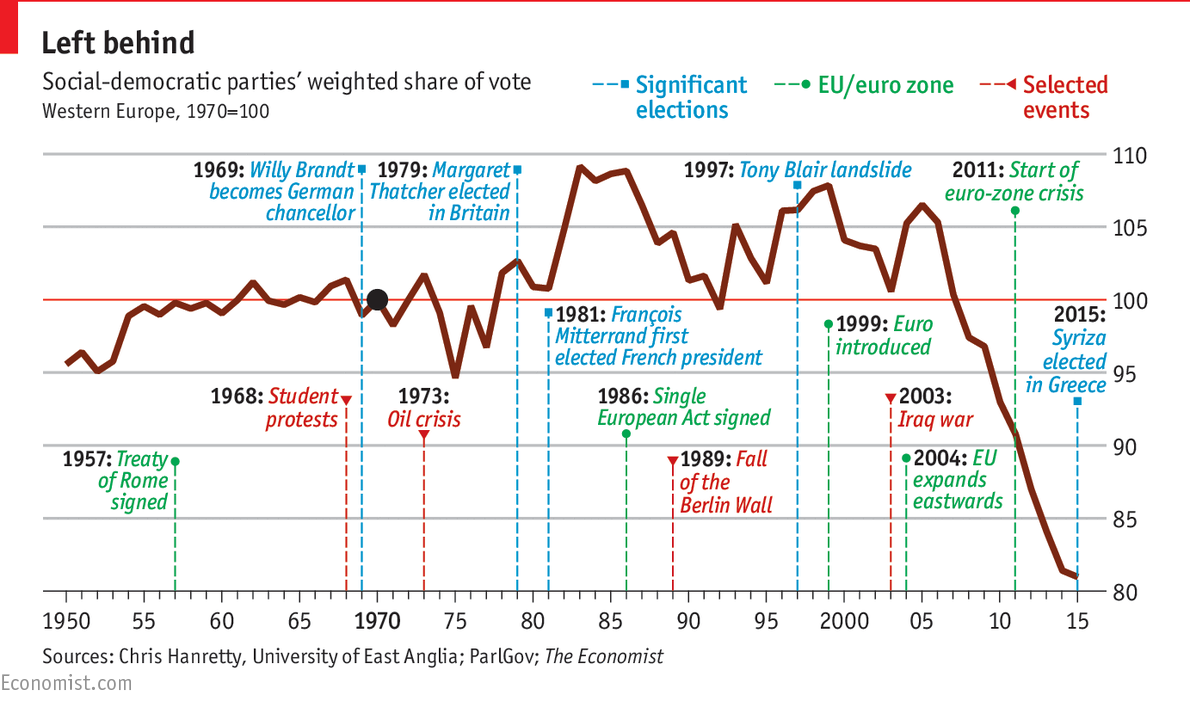 The rise of fascism in Europe cannot be separated from the failure of social democracy to appeal to the working class. Time and again electing social democratic candidates does not result in a gradual movement towards socialism. Its compromises with capitalism result in its becoming complicit in the bankruptcy of capitalism itself. A mass working class party should have higher priorities than merely having a seat at the table in the talking shop of the bourgeoisie.

Image from The Economist