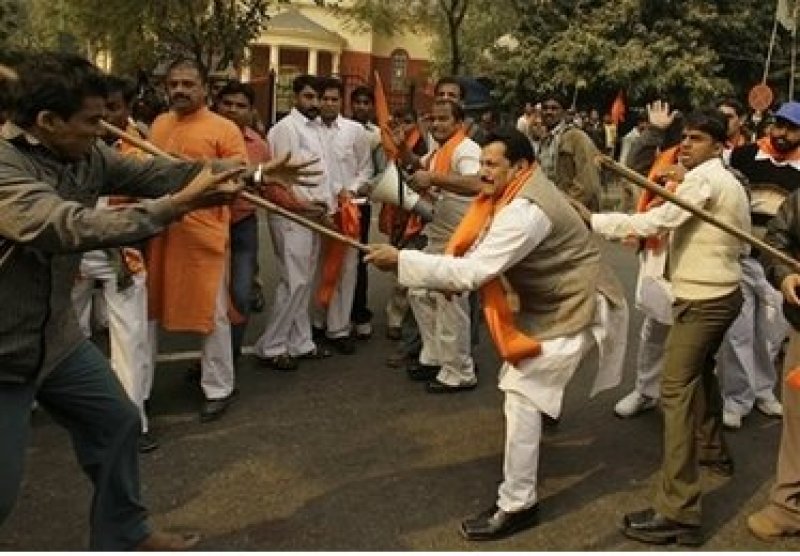 Europe and the United States are not the only countries that have right-wing , fascist movements. In India, Hindu fundamentalists have attacked and lynched minorities, mostly Muslims. The ingredients for this include: a) a worsening condition of capitalism for which a segment of the population blames minorities rather than the capitalist system; b) a right-wing head of state that riles people up and does not stop attacks when they occur; c)) a police force which arrives late to the scene of persecution and lets the mob do its work; and d) does not take any of the perpetuators in for arrest or even questioning.