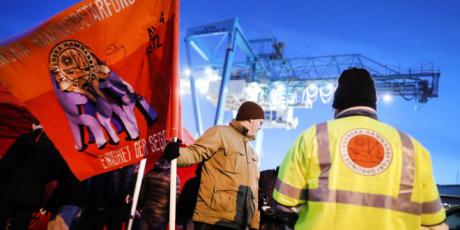 There was a time for most of the 20th century when it was legitimate to point to Sweden as the world capstone of social democracy. But no national economy is safe from the capitalist free market fundamentalism that has swept the globe since the 1980’s. While Sweden continues to be among the more stable economies in Europe, it is clearly going in a right-wing direction. A new law which would ban worker strikes has been supported by the Swedish Social Democratic Party. This is socialism? We don’t think so.

Read in libcom
Image from libcom