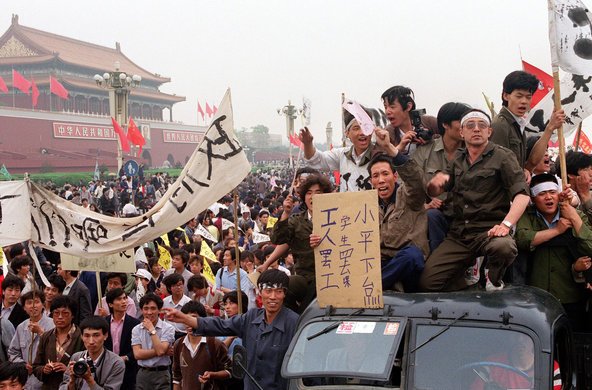 As is typical of the bourgeois press, the movement culminating in Tiananmen Square was always presented as a movement of students wanting political rights against the “authoritarian government”. What this conveniently ignores is the role of workers for economic rights on the job. In addition to including the role of the workers, this article also described how workers and students cooperated.