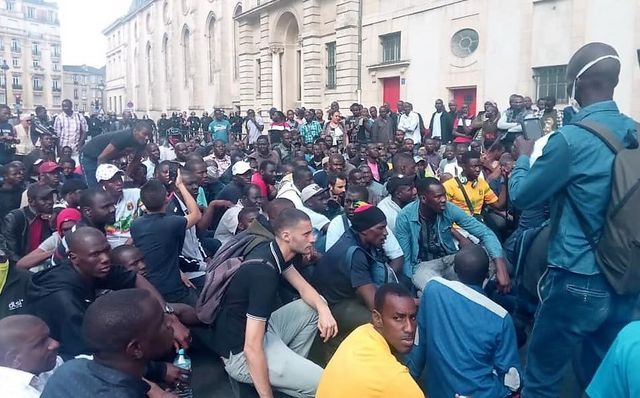 Undocumented Black Vests of France joined their Yellow Vest protesters in their recognition of their demand to reside in France. They chose the Parthenon as the scene of their  occupation to contrast the current policies of the French rulers against the 18th and 19th century French heroes honored in the Pantheon.