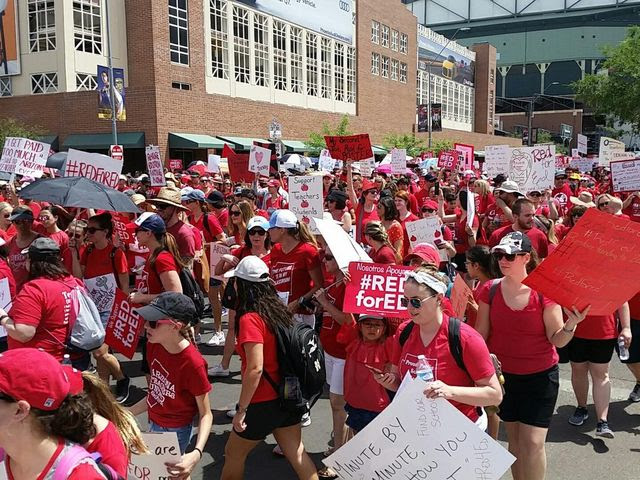 Yesterday 75,000 Arizona teachers walked out. This turnout, like the strikes in West Virginia and Oklahoma, were started not by the unions, but by the rank-and-file using social media. The Arizona Senate apparently had more important things to do than listen to the strikers. They adjourned early, making sure that  no proposals of the teachers could be voted on. The strike action was originally supposed to go to 4:30PM, but the union ended the rally 3 hours early when the Senate left. These union leaders squandered the organizing prospects that  the presence of 75,000 presented. Perhaps they had the same important things to do as the Senate.

Read at WSWS
Image from WSWS