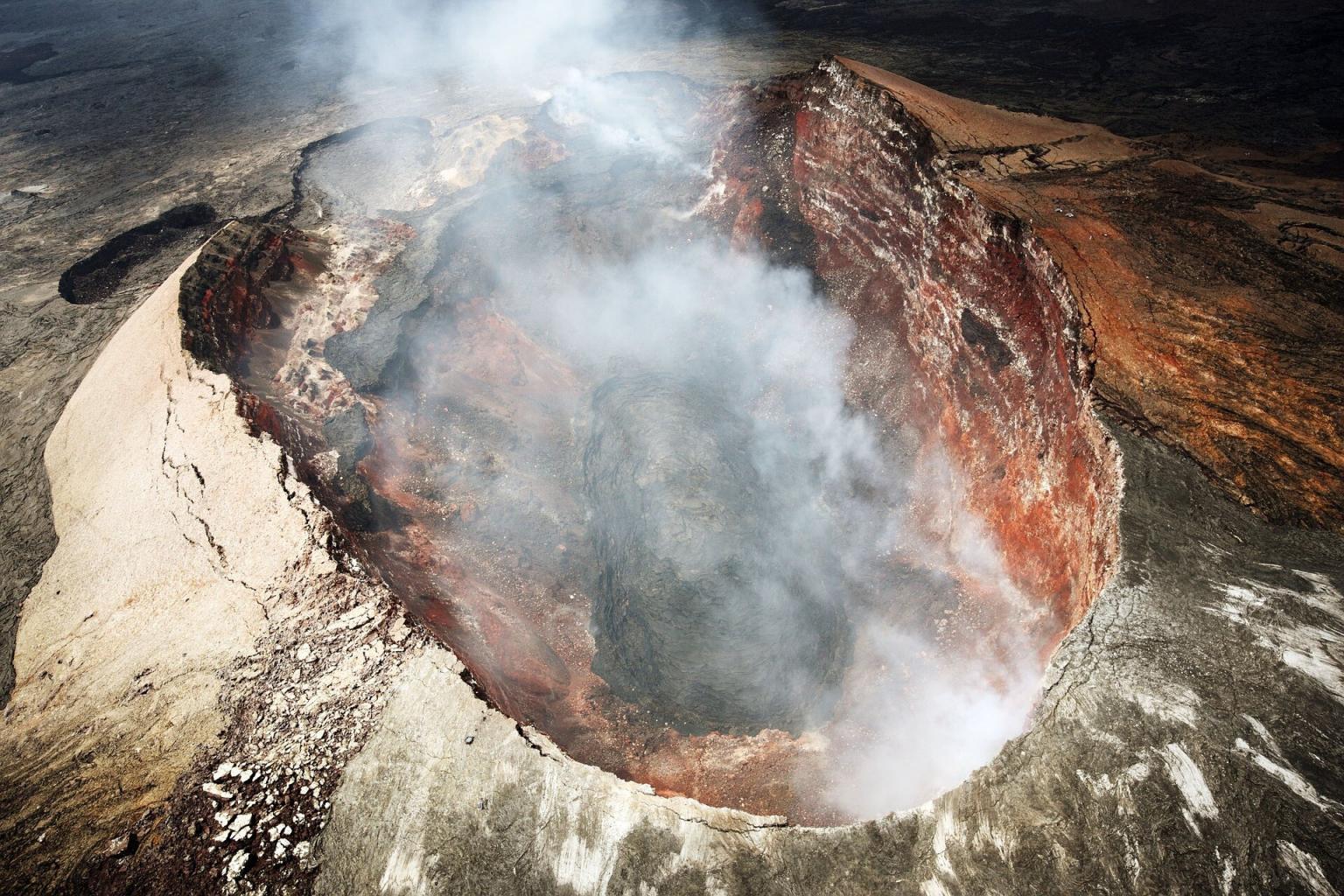 The linear political spectrum is bankrupt! How does it explain why socialist China is making alliances with capitalist Russia and even with fundamentalist Saudi Arabia? Why is it that so-called socialist Social Democrats support imperialist United States rather than socialist China? Why is it that right-wing fundamentalist states like India and Brazil are supporting Russia and socialist China instead of being rabid anti-communists? The linear political spectrum is not just simplistic. it serves the interests of neoliberals and New Deal liberals as we shall see.

All over the world, centrist parties are losing elections. People are either not voting at all or they are voting for fascists. In some countries, people are voting for Social Democrats. The traditional choices between liberals and conservatives do not speak to world problems today. Additionally, just as centrist parties are collapsing (as depicted in the image above) so is the linear political spectrum model that serves as its visual description. The purpose of this article is to show how the linear political spectrum model fails to conform to actual world politics as they are practiced today.  We need a whole new spectrum model to do justice to the political and economic realities of today.

Linear Version of the Political Spectrum

In his textbook on Political Ideologies Andrew Heywood presents a linear perspective that looks like this:

For one thing, to the left of communism should be anarchism. Anarchism has been a serious ideological movement for at least 200 years, beginning with William Godwin, and millions of people have fought and died for it. Secondly, within communism there should be delineated the different kinds of Leninism, including Trotskyism, Stalinism and Maoism. Third, it is unfathomable to have only kind of liberalism on this spectrum. There Is FDR liberalism but there is also centrist liberalism. But more importantly there is libertarianism that has no representation at all on the spectrum. Yet libertarianism has been predominant for over 40 years as an economic doctrine over most of the world. As we shall see later, it benefits libertarians to present themselves as more or less the same as New Deal liberals. Lastly, conservatism should also be divided into old paleoconservatives and new right-wing conservatives.

In contemporary Mordor politics, even this five-fold division of the spectrum is too much. The political spectrum consists of only liberals (Democratic Party) and the conservatives (Republican Party). Both socialism and communism is conveniently ignored even though thousands of people in Yankeedom claim to be socialists. The last time I checked, the Democratic Socialists of America had 90,000 people. Fascism was mostly ignored until the presence of Trump supporters brought fascism out of the closet of political scientists.

But are liberals (Democrats) and conservatives (Republicans) truly opposite from each other? Political sociologist William Domhoff says that in practice there are differences between the two when it comes to culture and politics (gun control) religion, race and  gender politics.

But where the two parties are the same is far more significant. These similarities have at least to do with:

Furthermore, are the difference between political tendencies just matters of quantitative gradation (as in the linear model) or are there qualitative leaps which are not represented? Under the linear political spectrum, the difference between Social Democrats and New Deal liberals is presented as being quantitative or even identical when it is not. For example, Bernie Sanders whose policies are clearly New Deal liberal, could get away with saying he was a social democrat. A real social democrat historically is Eugene Debs. Debs clearly talked about class warfare and abolishing capitalism. This is not something New Deal liberals, including Bernie Sanders, ever talk about.

The part of the political spectrum that is socialist is a qualitatively different form of economic system.There is a qualitative leap. Social Democrats, the different kinds of Leninists and anarchists are bitterly divided among themselves over the place of state, market relations and the role of workers. Yet they agree that basic resources, tools and means of harnessing energy should be collectively owned and that capitalism cannot be reformed. All socialists believe that whether in the short-run or the long run, workers are capable of running society without bureaucrats, or managers.

Once the separation is made between those advocating socialism and those hoping to preserve capitalism, a chasm exists that is not represented on the political linear political spectrum.

What this means is that:

Thirdly, the countries that have supported Russia, and indirectly China, (moving towards a multipolar world against the imperialists) have been right-wing rulers such as Modi in India, Bolsonaro in Brazil and to a lesser extent, Viktor Orban in Hungary. The linear political spectrum would predict that right-wing states with fundamentalist fascists in power would be rabid anti-communists, but they are not – at least internationally. My claim is that the linear way of framing political life cannot do justice to the complexity of current political life

The Recent elections in France

As many of you know, there was a recent election in France that was very close between Macron, Le Pen and the left wing candidate, Jean-Luc Mélenchon. Macron got 27% of the vote. Le Pen got 23% and the Mélenchon got about 21 ½%. The left-wing candidate failed by one point short of qualifying for the second round. So the French had to decide between the neoliberal Macron and the more conservative (or supposed fascist) Le Pen. Suddenly the neoliberal Macron discovers the linear political spectrum and presents himself, not as the center right candidate that he is, but closer to the Enlightenment values of New Deal liberalism. This is a prime minister who has presided over cuts to the French welfare system, tried to raise the retirement age and brutalized the Yellow Vests protesters for two years. Now he sings liberty, equality, fraternity. “Behold” this choir boy of Brussels, says “we have to watch out for the fascists.” It is true that Le Pen’s father was a fascist, but that doesn’t make her one. Is Le Pen’s stance against immigrants and refugees? Yes. But how does that compare with Macron in practice. Has he treated immigrants and refuges well? Hardly! Further, a comrade of mine who has lived in France for many years said that Le Pen’s program was considerably to the left of Macron. In addition, Le Pen was more likely to be pro-Russian. Sadly, the French people were tricked by Macron’s claim to define what fascism is and re-elected him. This is one case of letting a neoliberal define for socialists what a fascist is.

The Democratic Party defining what is and isn’t fascism

The Democratic Party has nothing to do with New Deal liberalism

In the 2016 election, the Democratic Party had a candidate who claimed to be a socialist. Every real socialist knew that Bernie Sanders was not a socialist and at best was a New Deal liberal. Since Lyndon Johnson the Democratic Party has slid from moderate left to center-right neoliberals. In 1985 Bill Clinton and the Democratic Leadership Council moved consciously away from anything like the FDR program (see Century of the Self Part IV by Adam Curtis) and that includes the eight years of Chicago boy, Baraka Obama. In 2016, the party gave a resounding “no” to New Deal liberal Bernie Sanders as they have done for 50 years. However, the public was 50 years behind the times. When most people voted for a Democrat, they thought they were getting a New Deal liberal. For sixteen years (Clinton and Obama) the party kept disappointing them. The Democratic Party has used the public’s out of date picture of the linear political spectrum to shove austerity programs down the throats of people in the name of liberalism. The public still does not know the difference between a New Deal liberal and a neoliberal, but it knows that the Democratic Party gives them nothing and I predict they will vote them out next month and in 2024.

Not such strange bedfellows: neoliberalism is right next to fascism on the political spectrum

Many people do not understand how fascism occurs. It’s as if suddenly a charismatic leader arises politically without rhyme or reason and this provokes a mass hysteria with people temporarily losing their minds and swooning over the dictator.  The truth of the matter is that fascism is a product of a crisis of capitalism. There has been no fascism before the 20th century. Fascism began in the 1920s in response to a crisis in capitalism after World War I and throughout the twenties and into the 1930s. During such a crisis both liberal and conservative centrist parties lost credibility and withered, and the choices were either socialism or fascism. In fact, in the early thirties both the Democrats and Republicans wrote about how much they admired Hitler.

If the ruling party is a right-wing party, it is possible that a new deal liberal party might be a substitute for fascism, at least for a time. In Yankeedom, both Clinton and Obama provided nothing but wars and finance capital accumulation austerity for 16 years. Yet the public did not turn to fascism. But by 2016 the lower middle class and some working-class people had had enough and elected a fascist. Why? Because Trump promised to bring back American jobs and appealed to working class people who were pushed to the margins. Small businesses were even more difficult to start up and those that existed were struggling against the large corporations. Trump’s appeal was to economic issues. Meanwhile Democratic neoliberal Hillary Clinton haughtily called these lower middle class and working-class people “deplorables”. The party embraced identity politics and lost.

Neoliberals in Mordor have supported right-wing dictators all over the world for 70 years. See William Blum’s book Killing Hope. In fact, the CIA is considered a liberal part of the Deep State. This doesn’t change whether Mordor’s regime is liberal or conservative. The most recent example is the Democratic administration’s support of Ukrainian fascists on and off for the past 70 years.