Home / Flashpoints / Voice of America on Steroids: The US Agenda For Global Media 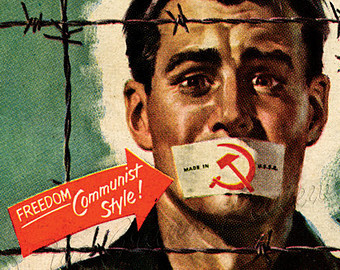 The propaganda arms of the Yankee state are so out of touch with reality that they don’t realize the foundation of Cold War propaganda was the ideological battle between communism and capitalism. This political ideology is the foundation for mobilizing anti-communism among the population. But today their efforts to create Cold War propaganda have no communism vs capitalism dimensions. Nevertheless, a new global propaganda machine has been unveiled called United States Agenda For Global Media. As capitalism continues to crash and burn, ideologically it needs even more propaganda outlets that deny its collapse.