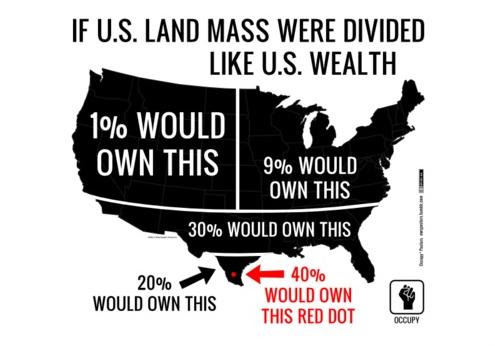 This satirical article by political economist Jack Rasmus is filled with economic statistics about the wealth of the 1% compared to the rest of us, especially concentrated since the crisis of 2008.

It also contains some of the typical capitalist justifications for these inequalities. Be prepared to laugh and rage.