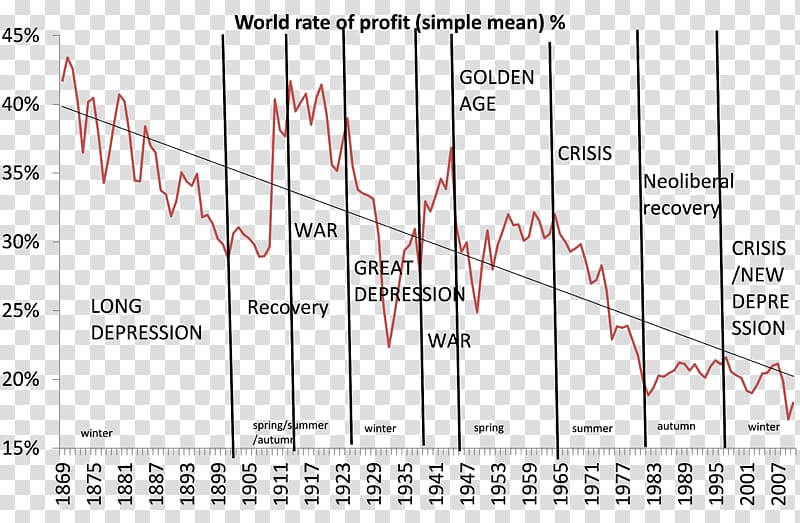 For reporters in financial news, the stock market is the true measure of the economy and if the stock market is doing well, that means the economy is “strong”. But Marxist economists argue that the real economy is a provisioning economy, one which produces goods and services. In the long-run, since the end of World War II, the rate of profit has fallen in the U.S. Even by capitalist standards, 12 years after the “Great Recession” profit margins have not recovered. They are currently 18% below what they  were in the pre-recession days of 2006.

Read Michael Roberts’ Blog on The Next Recession