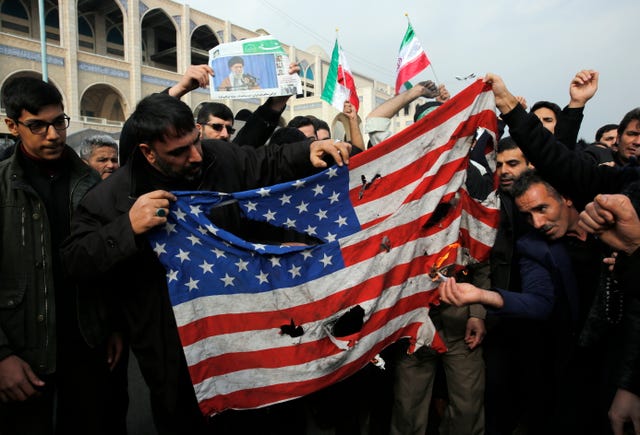 So here’s the skinny on Iran based on that I have specialized education in the region & know who to listen to:

The US military is at their *lowest* levels of readiness since the Iraq War started. Units have been badly overstretched, not cycled out for proper R&R, recruiting standards have slipped to get bodies in uniform, and generally speaking the Forever War has worn the armed forces down substantially.

There are also barely enough troops in Iraq & Syria, along with the paratroopers on their way now, to hold the Green Zone in Baghdad against a serious assault.

The US is also operating with *massive* distrust in the region especially because of Trump’s really fucking evil betrayal of the Kurds.  That he basically let Iran bomb a Saudi refinery earlier this year also didn’t help. The point is there are *zero* allies in the region who will give him the needed staging grounds for a proper war, especially since the Iraqi Parliament is currently debating ending all US basing rights in the region & chucking the US out.  That means no staging areas for action to sustain a campaign that would take, minimum, a fiscal quarter (3 months) to accumulate necessary stocks in theater & amass sufficient troops.  This, BTW, is why they say, “amateurs study strategy, professionals study logistics.”

All assuming the Iraqi population wasn’t actively besieging the Baghdad Embassy, just torched the consulate in Karbala, and generally absolutely hate the US now.

What makes it even more fun is Iran is both very ready to fight a protracted, ugly irregular war with the US that American forces *at their best* would struggle with. The Iranian Revolutionary Guards Corps, and especially the elite Quds Force, are VERY good at such warfare, have lots of regional allies, and friends in the Iraqi government.

In short this probably won’t be WWIII.  It’ll be much more likely to end like the Fall of Saigon or Mogadishu except this time it’d be a truly humiliating blow to American power & prestige.

Tl;dr: Trump may have just scored the biggest, most incredibly stupid own goal in geopolitical history.

Written by Steve Ongerth: an American labor activist, environmentalist, political activist, and webmaster. He is the author and editor of the forthcoming One Big Union: Judi Bari’s Vision of Green-Worker Alliances in Redwood Country.