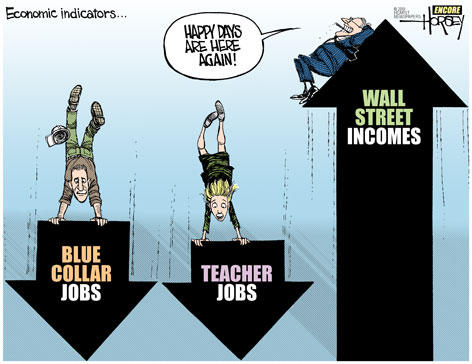 The productivity levels of the top four countries in the world, Yankeedom, China, Japan and Germany are down.  In a rational economy this would be a signal to employ MORE workers to increase productivity. Instead we have major cuts in the auto industries of France, Germany and India.
In the retail areas, Walmart is planning massive layoffs as it seeks to compete with Amazon. Any sane person would think this economy is in trouble. But in the la-la world of finance capital loss of industrial work is cause for celebration because in the short-run, workers are only an expense. In the long run, this is a disaster. The problem is myopic finance capitalists cannot see further than three months in front of their faces.