Home / Flashpoints / Anti-Capitalism in Lebanon: Their Class is Showing! 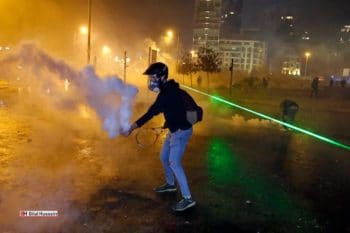 Often when we westerners think of societies in Central or West Asia, we may think about conflicts that are religious, nationalist or ethnic. But this article argues that what is happening in Lebanon is anti-capitalists uniting the middle class and the working class along class lines as well. The issues that have separated political parties and leftist groups are being dissolved in the streets.