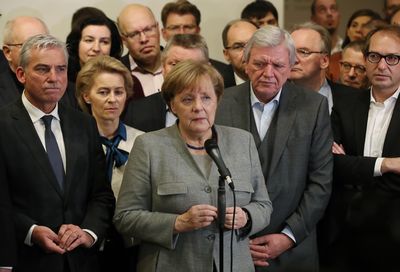 Germany has been the strongest capitalist economy in Europe and the heart of the European Union.

But the rise of homelessness, insecure employment and the resurgence of the right wing makes it difficult to paper over these problems with a grand supposed “consensus”. Thankfully, the Greens refused to join. Even the compromised SPD has stayed away, at least temporarily.